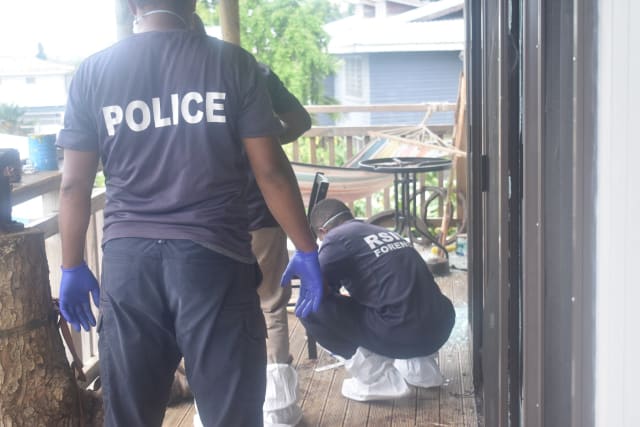 A British man and an Australian colleague working for an aid agency which helps to map unexploded bombs have been killed in an explosion in the Solomon Islands.

Deputy secretary general Per Nergaard called the explosion, which occurred in the residential Tasahe area of the nation’s capital Honiara on Sunday evening, a “tragic accident”.

“So far, we know that there has been an explosion with fatal consequences,” a statement on the organisation’s website said.

“Our main priority now is to offer assistance to relatives and colleagues, and to clarify what has happened.”

Police said that the blast took place at the agency’s residence and, while investigations into the incident are ongoing, officers believe the two men may have been carrying out work there to disarm unexploded ordnance (UXO).

Secretary general Henriette Killi Westhrin said the agency was “devastated” by the deaths of the two men.

The organisation is assisting local authorities in the Solomon Islands to develop a centralised database mapping unexploded ordnance dating back to the Second World War.

The South Pacific nation was a key battleground during the Second World War and its islands are littered with unexploded bombs.

Honiara is on the island of Guadalcanal, which was the scene of fierce land and sea clashes between Allied and Japanese forces.

Authorities have been clearing unexploded bombs ahead of the 2023 Pacific Games, which the Solomon Islands is hosting.

Activities by the agency have temporarily been put on hold, Mr Nergaard added, while the agency works with the Royal Solomon Islands Police Force (RSIPF), which is investigating the incident.

Inspector Clifford Tunuki, the officer in charge of explosive ordnance disposal (EOD), raised concerns that unexploded ordnance had been moved to the residential area.

While the cause is not yet known by police, Insp Tunuki said preliminary investigations indicated there were “several items of UXO at the residence and they may have been conducting some UXO work”.

“The RSIPF EOD had a good working relationship with the NPA project and so we are concerned that they decided to conduct EOD operations within a residential area,” he said in a statement.

“RSIPF did not know these items had been moved to the NPA residence. If we had known, we would have requested that the items be moved to a safe location such as Hell’s Point east of Honiara.”

He added that other unexploded ordnance discovered at the agency’s residence had been moved to Hell’s Point while investigators carry out their work.