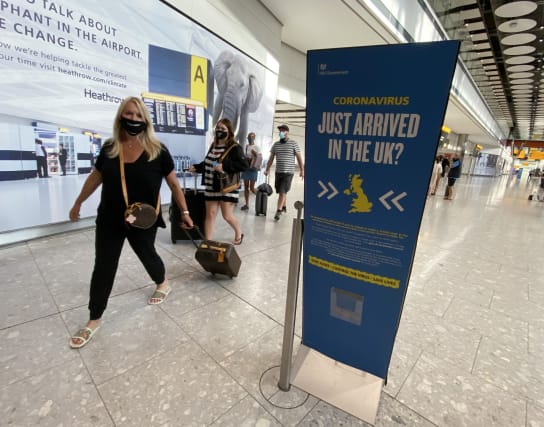 Business leaders in the hard-hit retail, leisure and tourism industries say the Government's decision to scrap tax-free shopping for all tourists visiting the UK after Brexit could cost up to 70,000 jobs and write off £5.6 billion from the economy.

The Association of International Retail (AIR) along with chiefs from major businesses including Marks & Spencer, Manchester Airport, Heathrow and Fenwick have written a letter urging Chancellor Rishi Sunak to reverse the "short-sighted" and "devastating" decision.

It says Britain is set to be the only country in Europe not to offer the perk to international visitors, stoking fears shoppers from wealthy Asian nations will just head to continental capitals with their cash to enjoy a 20% discount on shopping instead.

Paul Barnes, AIR chief executive, said: "Madrid, Milan and Paris are rubbing their hands with glee at this self-inflicted wound.

"If we charge a fifth more for the same goods, international visitors will not hesitate to switch their city breaks to other countries and the stores and jobs will follow within months."

Thierry Andretta, chief executive of fashion company Mulberry, said the "short-sighted manoeuvre of the Government will destroy the UK's ability to remain competitive with continental Europe" while Roddy Smith, chief executive of Essential Edinburgh, added: "This decision will have untold consequences for the sector."

Retailers had hoped the VAT-free shopping, which had been available to non-EU customers, would be extended to EU visitors as they pin their hopes on a tourism recovery from European shoppers first.

Instead, the Treasury said the scheme to claim back the tax will be scrapped in its entirety, although officials point out that British shoppers travelling to the EU will be able to make VAT claims from January.

Around £3.5 billion is spent in the UK every year on tax-free shopping – at a cost to the Treasury of £500 million.

According to the letter, the Government's decision means losing out on an extra £2.1 billion of sales from visitors from the EU who after Brexit would have been eligible for the scheme – meaning that the total hit to the economy of the move is £5.6 billion.

Total annual spending by international visitors in the UK is more than £22 billion each year, so any reduction in the UK's appeal for holidaymakers and visitors will have significant financial consequences, leaders added.