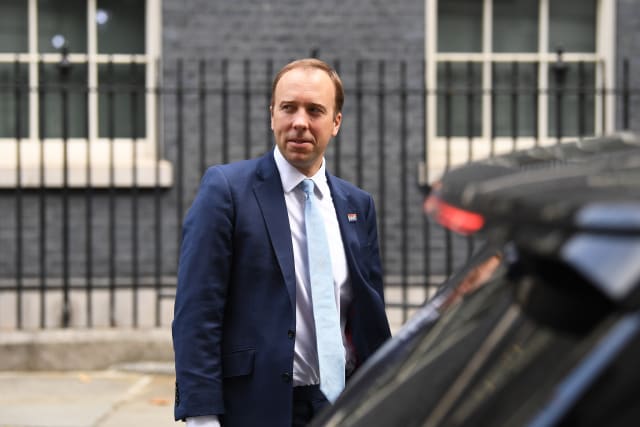 The introduction of new lockdown restrictions in London within days cannot be ruled out, the Health Secretary has said.

Matt Hancock said he had spoken with London Mayor Sadiq Khan over the weekend about what action is needed in the capital.

Asked if London office employees could be advised to work from home from some point next week, Mr Hancock told Times Radio: “Well, I wouldn’t rule it out.”

Such a move would be in contrast to the Government’s recent messaging, which has been urging people to get back to their offices following the easing of lockdown restrictions.

It comes as Sadiq Khan is urging ministers to extend the latest regional restrictions – including ordering bars and restaurants to close at 10pm – to cover the capital as well.

Mr Khan had said it is “increasingly likely” that lockdown restrictions will soon be needed to slow the spread of coronavirus.

The number of cases per 100,000 people over seven days is reported to have increased in London from 18.8 to around 25 earlier in the week.

Mayoral sources said the city was catching up with disease hotspots in the North West and North East of England, which have been placed under new controls.

A mayoral source said: “It’s clear that cases in London are only moving in one direction, we are now just days behind hotspots in the North West and North East. We can’t afford more delay.

“Introducing new measures now will help slow the spread of the virus and potentially prevent the need for a fuller lockdown like we saw in March, which could seriously damage the economy once again.”