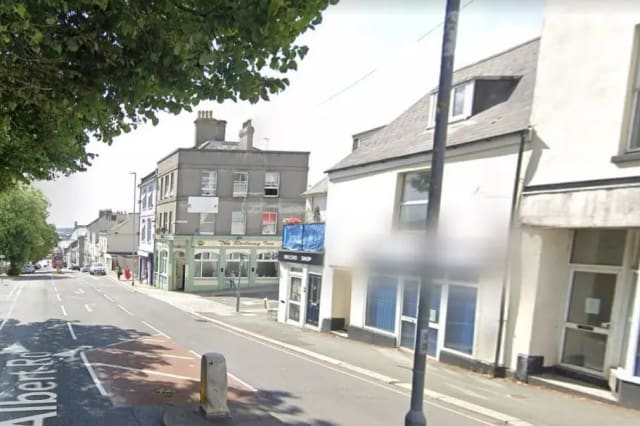 A man left with potentially "life-changing injuries" is among five people in hospital following a stabbing attack outside a pub in Plymouth.

Devon and Cornwall Police were called to the Railway Inn on Albert Road in Stoke at about 10pm on Saturday to reports of three men being stabbed.

One of them was left with potentially "life-changing injuries" as a result, police said.

The suspect initially fled the scene but a 50-year-old man was later arrested on suspicion of attempted murder.

Officers also found two women pedestrians who had been involved in a collision with a vehicle. One woman suffered serious injuries which are not believed to be life-threatening while the other woman received minor injuries.

All five people were taken to Derriford Hospital for treatment.

Armed police initially carried out a search at a property in Breacon Park but found the suspect was not at the address, the force said.

Officers later stopped a man in a vehicle on the outskirts of Ide in Exeter, almost 40 miles away from the pub.

Superintendent Roy Linden said: "As we carry out further enquiries into this incident, the public will see a police presence at several locations across Plymouth today, particularly in the Albert Road area of Stoke.

"This will continue over the coming days, with our police community support officers continuing to provide a visible police presence to offer further reassurance.

"The victims are currently receiving treatment in hospital and their families have been informed.

"We would like to reassure the community that although clearly distressing, this was an isolated incident and is not being treated as terrorism-related. The suspect was known to some of the victims and we can confirm that we are not looking for anyone else in relation to the incident."

Anyone with any information and who has yet spoken to officers is asked to contact 101 quoting log number 1112 190920.

Southgate 'confident' Euros will go ahead in 2021