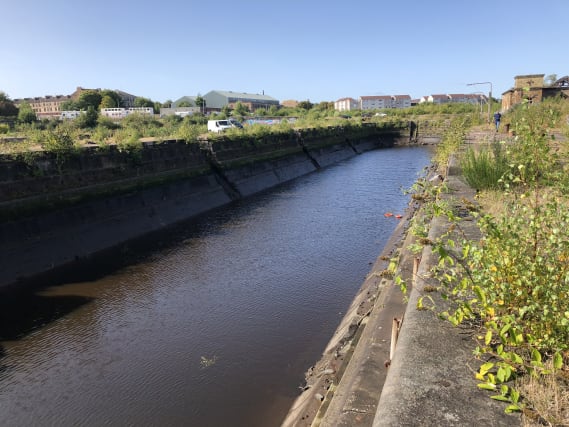 A dock that featured in the First World War film 1917 is to be restored so it can welcome ships again under plans announced by developers.

Constructed between 1869 and 1875, Dock 1 at Govan Graving Docks in Glasgow hosted hundreds of ships from across the world until it closed in 1987.

It is now set to have a new lease of life as a working “heritage” dock under the stewardship of a charitable trust which is being set up to look after the site, owned by Bishop Loch Developments.

The plan for the Category A listed dock follows a consultation between the site’s developers New City Vision and local stakeholders.

“Our decision to pursue the reopening of Dock 1 recognises its importance as a heritage asset, not just to the community but also to the whole of Glasgow.

“This is a hugely exciting part of our plans for the site.”

A feasibility study was conducted over the weekend when marine and civil engineering specialists carried out a range of surveys including a dive survey and testing of the dock gate.

The dock itself was emptied, for the first time since 1987, down to 700mm above the bottom so that the walls could be checked.

Govan Graving Docks featured in the Sir Sam Mendes’s First World War epic 1917, which was recognised for cinematography, visual effects and sound mixing at the Oscars earlier this year.

Peter Breslin, managing director of Marine Projects Scotland Limited, which carried out the survey, said: “We were delighted to be instructed to carry out an initial feasibility survey on Dock 1.

“The survey revealed that the dock gate, culverts and dock walls are all in good condition.

“A programme can now be developed for the works required to reactivate the dock.”

It is hoped the dock will be ready to open early in 2021.

The dock will primarily be for historic ships, reflecting its own heritage.

Govan Graving Docks were constructed in the latter part of the 19th century and were used to inspect, repair and service ships, including small coastal vessels, pleasure steamers and huge luxury liners.