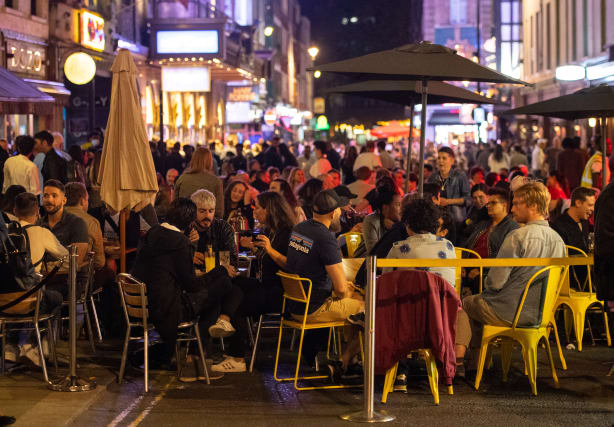 Doctors are urging the Government to introduce stronger coronavirus measures in England to drive down case numbers and avoid another national lockdown.

The British Medical Association (BMA) said that unless people stick rigorously to social distancing and infection control measures, or there is better enforcement, infection rates will soar and the NHS will “once again be crippled” as it tries to cope with the number of patients with Covid-19.

The warning comes after Prime Minister Boris Johnson admitted on Friday the long-feared second wave of the pandemic has reached the UK.

While doctors want to avoid another national lockdown, the BMA said recent restrictions have been inadequate and have failed to make any significant impact on the spread of the infection.

On Friday, new confirmed daily cases of coronavirus hit 4,322 – the highest since May 8.

The BMA is calling on the Government to reconsider the “rule of six”, which was introduced in England on Monday banning social gatherings of more than six people.

The BMA said as it currently stands, the rule of six makes it possible for members of six households to meet indoors, potentially many times over the course of one day.

It is also urging the Government to reverse its stance on getting workers back to the office by encouraging the public to work from home, in order to reduce contact between people including on public transport.

The BMA said unnecessary travel and social gatherings should be discouraged, while it suggested a “take out to help out” approach similar to the Chancellor’s “Eat Out to Help Out” scheme.

It also called for entrances to indoor public settings to provide inexpensive disposable surgical masks, and for people over 60 and who have underlying conditions to wear medical grade masks.

Dr Chaand Nagpaul, chairman of the BMA, said: “It is vital to reduce avoidable mixing of people at a time when the infection is spreading without the testing capacity to identify those with the infection.

“This requires revisiting the rule of six which allows members of six different household to meet indoors compared to a maximum of two previously, and reversing the encouragement to travel and return to work for those able to work remotely.”

He added: “We need to know the criteria for when different restrictions will be introduced, and local public health specialists need to have the autonomy to act in the best interests of their own towns and cities.”

He described the country’s testing programme as “woeful”, stating it has “nowhere near the capacity and agility we need to test at scale”.

He continued: “Testing is now effectively rationed and so we must prioritise testing for those who need it – such as people with symptoms and key workers including healthcare staff and teachers, along with suspected cases who are contacts of key workers.”