Local lockdowns: Which parts of the UK are affected? 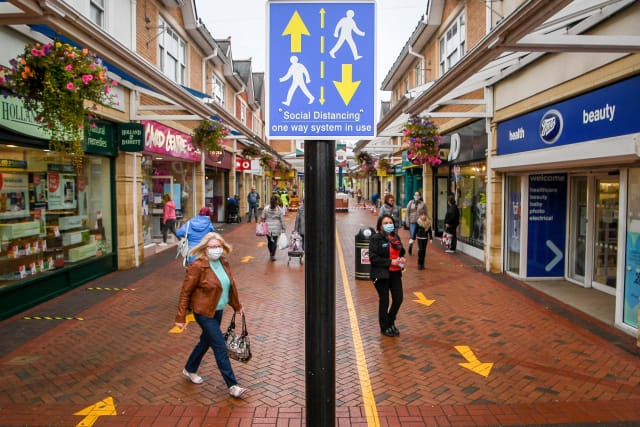 More than 10 million people are now living under some form of extra coronavirus restrictions after a host of local lockdowns were imposed in England.

Extra measures are also in place in parts of Scotland, Wales and Northern Ireland, as authorities act to curb the spread of Covid-19.

Here is a breakdown of the various affected or soon-to-be affected areas:

New measures for Merseyside and Lancashire, excluding Blackpool and Greater Manchester, will come into effect on September 22.

Residents must not socialise with other people outside of their own households or support bubble in private homes and gardens.

Hospitality for food and drink will be restricted to table service only and leisure and entertainment venues – including restaurants, pubs, and cinemas – must close between 10pm to 5am.

Locals are also advised only to use public transport for essential purposes, such as travelling to school or work and avoid attending amateur sporting events.

A ban on households mixing in homes and gardens already exists in the City of Manchester, Trafford, Bury, Tameside, Rochdale, Salford, Bolton, Oldham Preston, Blackburn with Darwen and Pendle – with people also advised to avoid mixing in public venues too.

In Oldham and parts of Blackburn with Darwen and Pendle, people were already advised and use public transport for essential reasons only and hospitality operators told to accept reservations only.

Weddings and funerals are also limited to a maximum of 20 people.

In Bolton, measures were brought in last week restricting restaurants, cafes, bars and pubs to takeaway only, and requiring all hospitality venues to close between 10pm and 5am.

As with some other areas, different households should not meet in homes or gardens and use of public transport should be for essential reasons.

Residents in these areas are banned from socialising in homes or gardens with people outside their own households or support bubble, and advised not to socialise in public venues too.

Food and drink venues are restricted to table service only and leisure and entertainment venues are required to close between 10pm and 5am, although takeaways can still provide home deliveries during these times.

People should avoid non-essential travel on public transport and only take holidays with their own household or support bubble.

In West Yorkshire, all parts of Bradford, Kirklees and Calderdale, will be banned from socialising with other people outside of their own households or support bubble in private homes and gardens from September 22.

The Department of Health and Social Care said some wards in these areas were exempt from existing restrictions on gatherings introduced at the start of August, but these wards will now also be subject to the ban.

In Wolverhampton and Oadby and Wigston, residents will also be banned from socialising with other people outside of their own households or support bubble in private homes and gardens from September 22.

These measures are already in force in Leicester, Birmingham, Sandwell and Solihull.

In Caerphilly and Rhondda Cynon Taf, people must not enter or leave the areas without a reasonable excuse.

Meetings with other people indoors are not allowed, including for extended households.

Everyone in Caerphilly over the age of 11 must wear face coverings in indoor places which are open to the public, such as shops, as well as on public transport.

While in Rhondda Cynon Taf, all licensed premises will have to close at 11pm and people must work from home wherever possible.

These prevent people from hosting any other households in their homes socially or make social visits to people they do not live with, unless they are in their extended household.

Local measures currently apply to: Ballymena Town and postcode BT43, the Belfast area and postcodes BT28 and BT29 and parts of Co Armagh in postcode BT60.

These require households not to mix in private homes unless they are bubbling with one other household, or for specific exceptions such as caring responsibilities.

No more than six people can gather in a private garden from no more than two households.

People are also advised, wherever possible, to avoid journeying outside these areas for indoor household visits and in general use “discretion and common sense” when considering travel.