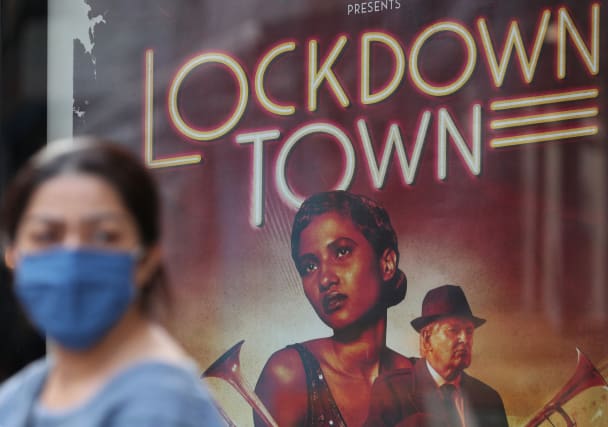 It is “increasingly likely” that lockdown restrictions will soon be needed to slow the spread of coronavirus in London, the capital’s mayor has warned.

London mayor Sadiq Khan said he was of the “firm view” that action should be taken before the virus spirals out of control, and leaders were considering measures already imposed in other parts of the UK.

In a statement, he said he had held an emergency meeting with London council leaders, the Government and Public Heath England (PHE) to discuss the next steps.

Mr Khan added: “The Prime Minister has said that we are now seeing the start of a second wave of Covid-19 across the UK.

“Londoners should also know that I am extremely concerned by the latest evidence I’ve seen today from public health experts about the accelerating speed at which Covid-19 is now spreading here in London.

“It is increasingly likely that, in London, additional measures will soon be required to slow the spread of the virus.

“We will be considering some of the measures which have already been imposed in other parts of the UK.

“I am of the firm view that we should not wait, as happened six months ago, for this virus to again spiral out of control before taking action.

“The best thing for both public health and the economy is new restrictions imposed early, rather than a full lockdown when it’s too late – but the Government must urgently ensure there is a fully functioning testing system.”

Mr Khan’s comments come after Prime Minister Boris Johnson said the UK is “now seeing a second wave coming in”, and that it was “inevitable” that coronavirus would hit the country again.

The number of cases per 100,000 people over seven days is reported to have increased in London from 18.8 to around 25.

Speaking in central London earlier on Friday, Mr Khan also said that the capital is two weeks behind some regions of the UK where tighter lockdown restrictions have been imposed.

Asked about the possibility of a 10pm curfew on the capital’s bars and restaurants, he said: “We’re looking into all possibilities in London and we’re looking to see which policies across the country are successful.

“According to the latest evidence I’ve seen, we’re about two weeks behind some parts of the country.

“That’s why I’m saying to Londoners please follow the advice.”

He was speaking as he visited Air Edel Studios in Marylebone as part of an appeal to the Government to extend the business rates holiday, amid fears thousands of jobs could be lost in the capital and across the country.

He went on to hit out at the Government over delays in the coronavirus testing system.

Mr Khan said: “I’m angry at the incompetence of the Government that has led to Londoners being refused a test.

“Those that get a test are sent miles and miles away, and those that have done the test aren’t getting their results for days.

“I’m also angry that those who have given their contacts to the authorities, many of them aren’t contacted, aren’t told to self-isolate, which could lead to the virus spreading.”

However, Mr Khan said he is “working with the Government” and gave ministers his backing over the rule of six restriction on gatherings.