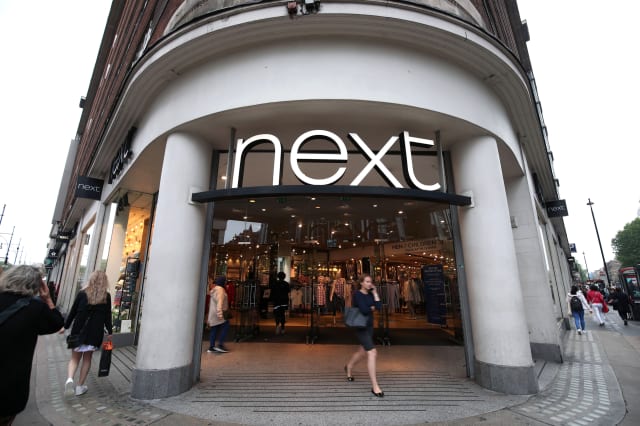 Retail giant Next has upped its full-year earnings outlook for the second time in as many months after strong recent trading and a better-than-feared first half.

The fashion chain reported pre-tax losses of £16.5 million for the six months to the end of July against profits of £327.4 million a year earlier.

On an underlying basis, it saw profits crash 97% to £9 million, though it had initially expected to be loss-making.

While full-price sales plunged 33%, trading since the lockdown has proved resilient thanks to a strong online performance – and sales lifted 4% in the seven weeks since its first half.

Next said it now expects full-year underlying pre-tax profits of £300 million – down heavily on the £729 million the previous year, but up from the £195 million previously predicted in July.

It warned it still expects to close 13 shops this year, down from 14 predicted in March.

“Full-price sales at the beginning of the second half have continued to exceed our expectations and we have revised our central scenario for full-year profit,” Next said.

The group still expects sales to plunge 12% over the full year, but this is far better than the 30% prediction given in April – its best-case scenario for the year.

Next warned that sales could fall by 34% over the full year if a second wave of the pandemic sees more widespread lockdown measures and store closures.

The recent seven weeks of trading was boosted by the weather and as fewer Britons travelled abroad, according to the group.

Half-year results showed total online sales jumped 14%, while shop sales tumbled 61% after they were forced to close amid the nationwide coronavirus lockdown.