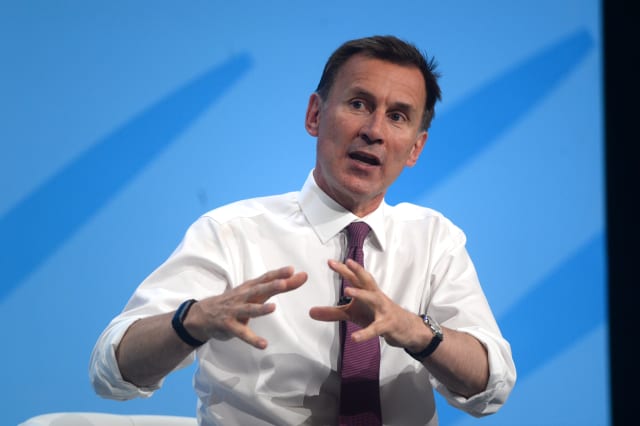 Mistakes made on maternity wards are setting the NHS back almost £1 billion each year in lawsuits, Jeremy Hunt has said.

The former health secretary claims nearly twice as much is being spent on lawsuits after poor care for mothers and babies as the total pay of labour doctors in hospitals in England.

Using a freedom of information request, Mr Hunt obtained figures that show  £952m was paid in compensation and litigation related to maternity services in 2018/19.

Mr Hunt wrote in the Daily Mail that “something has gone badly wrong” when, by comparison, obstetricians and gynaecologists working in the NHS in England earned a total of £586m during the same period.

He criticised hospital trusts after freedom of information requests showed only 14 out of 59 of those examined provided meaningful data on needless deaths.

While health secretary in 2017, Mr Hunt ordered trusts to publish information on the number of avoidable deaths in hospitals.

He said: “We have appallingly high levels of avoidable harm and death in our healthcare system. In healthcare we seem to just accept it as inevitable.”

Earlier this year it was revealed the Healthcare Safety Investigation Branch (HSIB) has been investigating East Kent Hospitals University NHS Foundation Trust since July 2018 following a series of baby deaths.

In February the Government announced an independent review into what happened, led by Dr Bill Kirkup, who led the investigation into serious maternity failings at Morecambe Bay, and who confirmed his full panel at the end of June.

Armenian couple gets married at a shelled cathedral