Which Caribbean nation will follow Barbados in planning to become a republic? 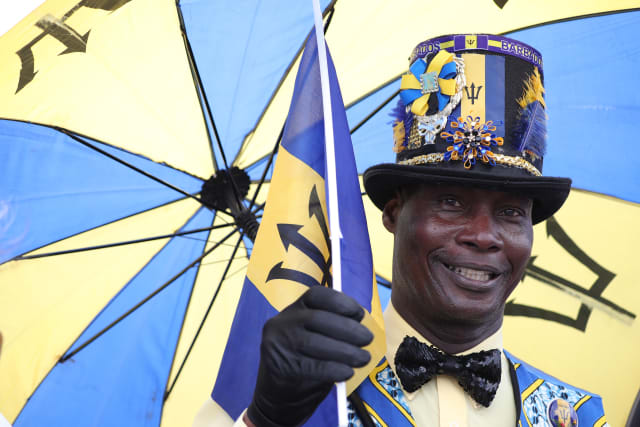 The Caribbean has seen a number of island nations talk about severing constitutional ties with the British monarchy – but many still remain tethered.

Jamaica has raised the issue of removing the Queen as its head of state over recent years, with a succession of the country’s prime ministers declaring their support for the idea.

In 2003, the then prime minister PJ Patterson called for Jamaica’s links with the monarchy to come to an end – and seven years later another premier, Bruce Golding, said the constitution would be amended to usher in a home-grown president.

His successor, Portia Simpson Miller, hugged and held hands with the Duke of Sussex during a royal visit in 2012, just hours after she repeated her intention to hold a referendum to remove the Queen as head of state.

Despite the repeated public announcements by the politicians, Jamaica still remains one of the Queen’s realms – but even the latest prime minister, Andrew Holness, has said becoming a republic is a priority for his government.

In St Vincent and the Grenadines, a 2009 referendum saw voters reject the proposal to oust the monarchy and substitute it with a republic.

And a few years later, a St Lucian government-appointed constitutional review commission published a report which made a number of recommendations, including scrapping the nation’s constitutional monarchical system in favour of becoming a republic.

Barbados has signalled it intends to remove the Queen as head of state and become a republic – something a Buckingham Palace spokesman has said is a “matter for the government and people” of the Commonwealth country.

If its leaders honour their commitment, they will be following in the footsteps of other Caribbean countries which opted for a home-grown head of state like Guyana in 1970, Trinidad and Tobago in 1976 and Dominica in 1978.