Rayner has Johnson in her sights with grouse shooting jibe 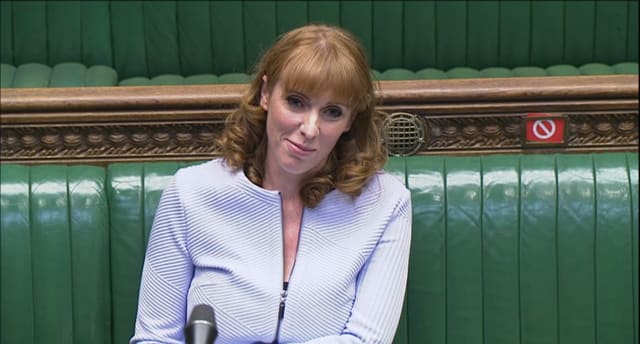 While Sir Keir Starmer – a former director of public prosecutions – often appears to treat the Commons as a courtroom in his questioning of the Prime Minister, Ms Rayner's approach mixed impassioned attacks with mocking humour.

She accused the Prime Minister of focusing on the continuation of grouse shooting rather than the return of family life as the country battles coronavirus and highlighted his £2,300-an-hour earnings as a columnist before entering No 10.

Ms Rayner was at the despatch box because Labour leader Sir Keir had been self-isolating while awaiting the result of a coronavirus test on one of his children.

The deputy leader began PMQs by reading a message from "a man called Keir" who "wasn't able to go to work today and his children couldn't go to school because his family had to wait for their coronavirus test results despite the Prime Minister's promise of results within 24 hours".

In a sign that Mr Johnson may have preferred a more familiar adversary, the Prime Minister said that as there had been a negative test for Sir Keir's child "I don't know why he is not here".

Ms Rayner raised the issue of salaries for care home workers – contrasting them with the sums Mr Johnson commanded as a Daily Telegraph columnist.

She questioned the Prime Minister's Operation Moonshot mass testing plan, saying that "meanwhile on planet Earth there are no NHS tests available for several high-infection areas".

And she aimed a jibe at Mr Johnson's senior aide Dominic Cummings, saying that "the next time a man with Covid symptoms drives from London to Durham it will probably be for the nearest Covid test".

In a final attack on the Government, she said: "This winter, we are staring down the barrel of a second wave with no plan for the looming crisis.

"People can't say goodbye to their loved ones, grandparents can't see their grandchildren and frontline staff can't get the tests that they need – and what was the top priority for the Covid war cabinet this weekend? Restoring grouse shooting."

It was "good news for people like the Prime Minister's friend who paid for a luxury Christmas getaway to a Caribbean island and funded his leadership campaign and just so happens to own two grouse moor estates" – a reference to businessman David Ross.

Mr Johnson – who has frequently launched personal attacks on Sir Keir during their clashes – drew back from such a response to Ms Rayner, instead focusing on her party as a whole.

The Prime Minister said: "While the Labour opposition has been consistently carping from the sidelines throughout this crisis and raising, frankly, issues that are tangential if not scare stories about what is going on, we are getting on with delivering for the British public."

After the Commons session had finished, Sir Keir praised his deputy for a "fantastic PMQs".