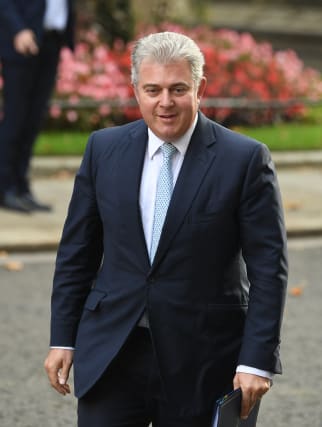 The official legal advice to ministers is that overriding key parts of the Brexit divorce deal would break international law, the Northern Ireland Secretary has said.

Brandon Lewis maintained to MPs that his assertion was “absolutely in line” with the views of top lawyers advising the Government.

He said he gave a “straight” and specific answer last week in response to a question on the UK Internal Markets Bill – which gives ministers the power to overwrite provisions in the Withdrawal Agreement relating to Northern Ireland.

The minister said: “I gave a very straight answer to Parliament last week in line with the Attorney General’s position.

“My position is absolutely in line with the legal advice that the Attorney General put out.”

Mr Lewis has sparked a backlash after admitting steps being taken by the Government in relation to the Withdrawal Agreement would break international law in a “specific and limited way”.

He expanded on the circumstances of his comments as he appeared virtually before the Northern Ireland Affairs Committee of MPs on Wednesday.

On Wednesday he said: “I read out something very specific because I wanted to ensure that what I said … to make sure that I was giving the House a straight answer.”

He told the MPs his assertions were consistent with advice from the Government’s main legal adviser, Attorney General Suella Braverman QC.

He said: “My answer was in line with the legal opinion given by the law officers.

“The position I took at the dispatch box is not a breach of the ministerial code but I am not the arbiter of that.”

The Internal Market Bill has an impact on the Northern Ireland Protocol – part of the EU withdrawal agreement intended to prevent a hard border returning to the island of Ireland after Brexit if no trade deal is reached.

The Bill is designed to ensure that keeping Northern Ireland in line with the EU’s customs rules does not hinder the country’s ability to trade with the rest of the UK.

Areas like what state aid is permissible for producers and the exact nature of paperwork or customs checks surrounding the exit have been under discussion during negotiations with Brussels.

Mr Lewis said the focus was still on striking a deal with the EU so the Northern Ireland protocol does not come into play.

He added the Government wanted to see the peace process continue.

“We want to see that continue and turbo-charging it so we get more people into good, exciting jobs for the future,” he said.