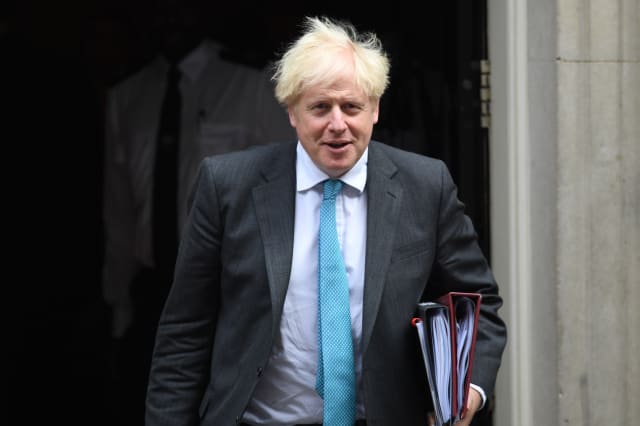 Boris Johnson has defended the troubled Covid-19 testing system amid mounting fears of a fresh coronavirus crisis in care homes.

The Prime Minister faced MPs as the Government was drawing up a list setting out who will be at the front of the queue for coronavirus tests after a “colossal spike” in demand.

Care home staff and residents are likely to be near the top of the list as Mr Johnson acknowledged ministers were concerned about the rate of infection.

He said a new “action plan” this week would involve tougher rules on the movement of workers between care homes.

Mr Johnson was faced by Labour’s deputy leader Angela Rayner at Prime Minister’s Questions, after Sir Keir Starmer was forced to wait more than 24 hours for the result of a coronavirus test on a family member.

Shortly before PMQs, Sir Keir said the test had come back negative and Mr Johnson said “I don’t know why he is not here”.

The Prime Minister had promised that all in-person test results would be back within 24 hours by the end of June.

Amid continuing concerns over the inability to access tests and delays in getting results, Mr Johnson said 89% of those who have in-person tests get them the next day.

“We are working very fast to turn around all the test requests that we get,” he said.

“I think most people looking at the record of this country in delivering tests across this nation will see that it actually compares extremely well with any other European country.”

He acknowledged the frustration around the demand for tests, but said capacity was being increased and said the Government wanted 500,000 tests a day by the end of October.

As Mr Johnson admitted “we are concerned about the rates of infection in care homes” and promised the new action plan, Ms Rayner said he needed to “get some skates on” to address the issues.

She warned that “we are staring down the barrel of a second wave with no plan for the looming crisis”.

One of the drivers of demand for tests has been the return of schools and Education Secretary Gavin Williamson suggested families whose children are sent home due to a positive case may not need to get tested if they have no symptoms.

“People only with symptoms are the ones that should be actually doing the testing,” he told MPs.

Geoff Barton, general secretary of the Association of School and College Leaders (ASCL), said keeping schools open would become “unsustainable” if issues with testing capacity were not fixed.

The shortage of tests is already putting pressure on other parts of the health service.

On Tuesday, Bolton NHS Foundation Trust said it was managing a “high volume” of patients who had turned up to A&E requesting tests after struggling to secure them online or at mobile units.

– The area of Rhondda Cynon Taf in south Wales will be placed under a local lockdown following an increase of coronavirus cases, the Welsh Government has announced.

–  Professor Kevin Fenton, London director of Public Health England, told the Evening Standard that “local curfews so you’re not out drinking until the wee hours of the morning” could be used in future in the capital to curb the spread of the virus.

– Archbishop of Canterbury Justin Welby used a Daily Telegraph article to criticise the Government’s “addiction to centralisation” in its response to coronavirus.