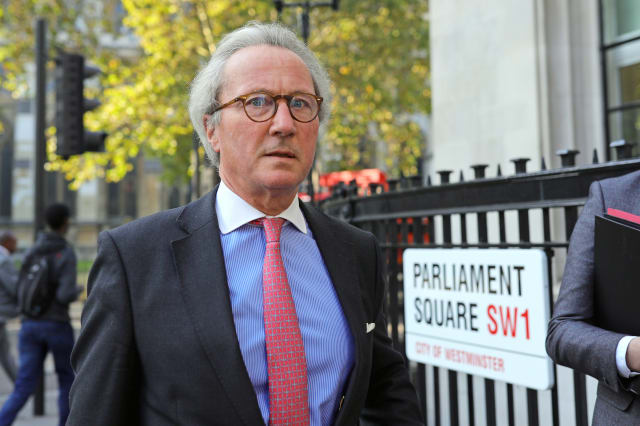 Boris Johnson’s plans to override the Brexit Withdrawal Agreement have suffered a fresh setback after the Government’s top law officer for Scotland handed in his resignation.

Lord Keen of Elie QC, the Advocate General, was reported to be deeply unhappy after ministers admitted the provisions in the UK Internal Market Bill would breach international law.

There was no immediate from word Downing Street on whether Lord Keen’s resignation had been accepted, amid reports that efforts were being made to persuade him to stay on.

Giving evidence to the Commons Liaison Committee, Mr Johnson said: “As far as I know, conversations on that matter are continuing.”

The Government has already seen the departure of the head of the Government Legal Department, Sir Jonathan Jones, who quit last week as the Bill was announced.

Lord Keen’s decision to offer his resignation may increase concerns among senior Conservatives dismayed at the idea that the UK could go back on in its international treaty obligations.

However the move came amid reports that No 10 had reached an agreement with Tory rebels threatening to try to amend the legislation in the Commons next week.

Lord Keen’s offer to resign came after Northern Ireland Secretary Brandon Lewis appeared to directly contradict his comments in the House of Lords.

On Tuesday, Lord Keen told peers that the Bill did not “constitute a breach of international law or of the rule of law”.

He said Mr Lewis had “answered the wrong question” when he said the proposals to override elements of the Brexit divorce deal relating to Northern Ireland would break international law in a “specific and limited way”.

However, giving evidence to the Commons Northern Ireland Committee on Wednesday, Mr Lewis said he stood by his original answer which was “absolutely in line” with the legal advice issued by Attorney General Suella Braverman.

“I gave a very straight answer to Parliament last week in line with the Attorney General’s position,” he said.

“I have spoken to Lord Keen. He has looked at the specific question I was asked last week. He has agreed with me that the answer I gave was correct to the question I was given.”

The BBC reported that Mr Johnson had reached an agreement with Tory rebels backing an amendment tabled by the chairman of the Commons Justice Committee Sir Bob Neill.

Around 30 Conservative MPs were thought to be preparing to vote for the amendment on Tuesday which would have required a Commons vote before the provisions in the Bill relating to Northern Ireland could come into force.

Ministers were said to be hoping they could defuse the revolt by agreeing to provide an “extra level of parliamentary scrutiny”.