Government extends ban on business evictions until end of year 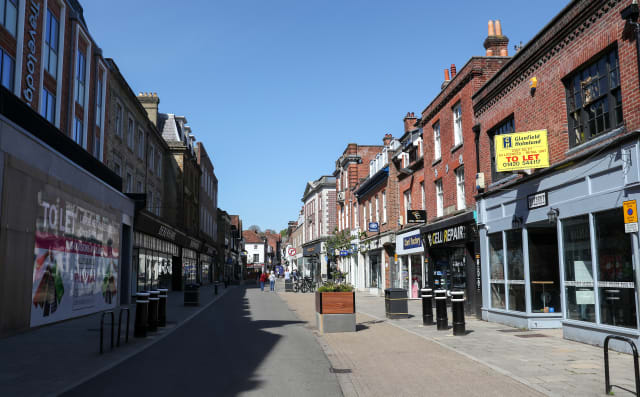 The Government has announced it is extending a ban on business evictions until the end of 2020.

Measures were put in place at the start of the pandemic to protect struggling firms, such as retailers and restaurants, from being evicted from premises, but were due to expire at the end of September.

Communities Secretary Robert Jenrick confirmed the eviction ban will now continue until the end of the year in a move the Government hopes will stave off potential job losses.

Earlier this week, restaurant bosses urged the Government to extend the ban or risk further widespread closures and redundancies.

The extended support will benefit many firms who have received other subsidies, such as the business rates holiday for the current financial year for retail and hospitality businesses.

The Government said it will also extend the ban on landlords using bailiffs to enforce unpaid rent on these commercial leases until the end of the year.

It called on landlords and tenants to work together to agree rent payment options for the rest of the year if tenants are struggling.

Mr Jenrick said: “I am announcing today that we are extending support to protect those businesses that are unable to pay their rent from eviction to the end of the year.

“This will stop businesses going under and protect jobs over the coming months.

“This government is committed to supporting businesses and our high streets at this difficult time, and this extension of support will help businesses recover from the impacts of the pandemic and plan for the future.”

But landlord associations have criticised the extension.

Vivienne King, chief executive at retail property group Revo, said: “The further extension of the moratoriums is a real blow to the high street.

“We have repeatedly explained to Government how the moratoriums are being enjoyed by major financial businesses which they were never intended for.

“A short-term emergency measure aimed at genuinely vulnerable operators is being exploited to preserve cash flow by major high street chains who will only prolong the pain of high street recovery and unseat the Government’s own levelling up agenda.”