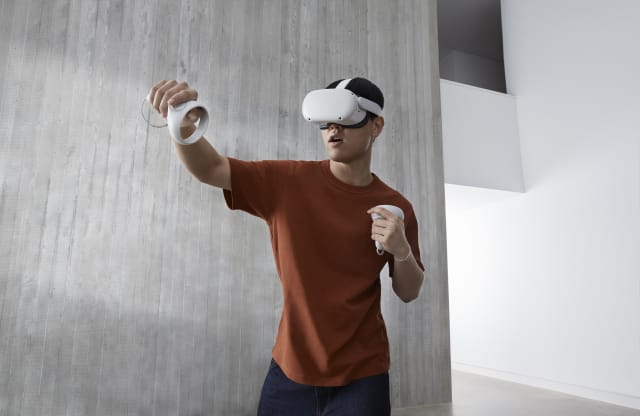 Quest 2 is Oculus’s “highest resolution display ever” with 50% more pixels, and weighs less than the original device, revealed in 2018.

Processor and memory boosts will provide enough “to power even more immersive experiences”, the tech giant announced on Wednesday.

Controllers have also been redesigned for better ergonomics and longer battery life.

Oculus used its Facebook Connect event to reveal a number of developments in the virtual reality space, including a new VR fitness experience called Oculus Move to help people work out at home.