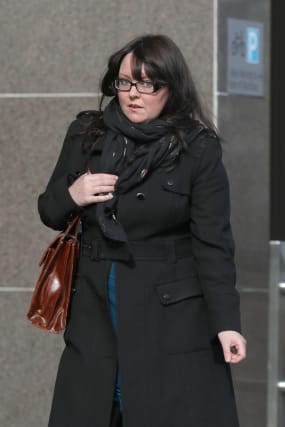 A former SNP MP has denied embezzling more than £25,000 from two pro-independence groups.

She is accused of failing to transfer charitable donations raised by the group to Perth and Kinross Foodbank and to Positive Prisons, Positive Futures.

McGarry is also accused of embezzling £4,661.02 for her own use from the Glasgow Regional Association of the Scottish National Party between April 9 2014 and August 10 2015.

It is alleged that in the course of her roles as treasurer, secretary and convener of the association she used cheques drawn on bank accounts held in its name to pay expenses it had not incurred and retained reimbursements to which she was not entitled.

Allan Macleod, representing McGarry, entered not guilty pleas to both charges on her behalf when she appeared in the dock on Wednesday.

The case has been continued until a further hearing on November 11.

Ms McGarry was elected as an SNP member in 2015 but resigned the party whip after the emergence of fraud allegations – which she denied.

She continued in Parliament as an independent representing Glasgow East but did not seek re-election in 2017.