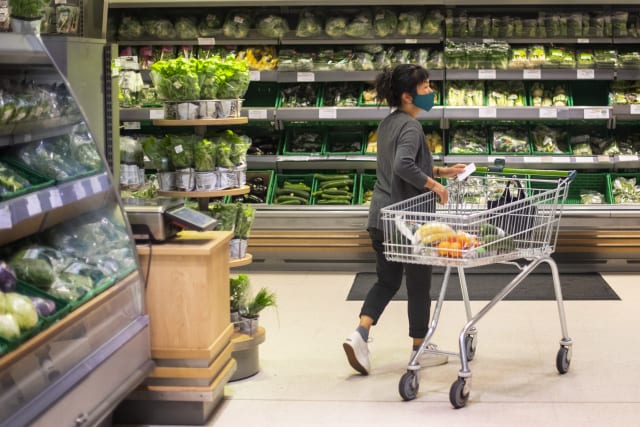 Grocery sales growth slowed in August as shoppers spent £155 million less in supermarkets amid the Eat Out to Help Out scheme, according to new figures.

The latest grocery market share figures from Kantar revealed that grocery sales increased by 10.8% over the past 12 weeks to September 6, but saw growth slow to 8% in August.

Fraser McKevitt, head of retail and consumer insight at Kantar, said: “Grocery growth tailed off in August as the Government’s Eat Out to Help Out scheme got under way and people were encouraged to return to offices and resume normal routines.

“Diners’ confidence built throughout the month and footfall increased during each week of the scheme, culminating in the final bank holiday Monday when dining out accounted for a two-and-a-half-times greater share of consumer spend than the pre-Covid average.”

The new figures also revealed that Morrisons, the UK’s fourth biggest supermarket chain, was one of the strongest performers over the past three months, as sales jumped by 12.9%.

The Co-op and Iceland were also particularly strong performers, as their sales grew by 13.4% and 20.8% respectively over the quarter.

Ocado, which launched its new partnership with M&S at the start of the month, saw sales jump 41.2% year-on-year as demand for online shopping continued to soar.

Waitrose, the former partner of the Ocado, saw sales rise by 7.3% as it was buoyed by the rapid growth of its Waitrose.com online offering.

Mr McKevitt added: “While online grocery growth is still impressive, it has slowed for the second month in a row and dropped back to 12.5% of total sales this month from a peak of 13.5%.

“This is not just about people going out to eat in restaurants, August also brought shielding to an end for many vulnerable and at-risk people.”