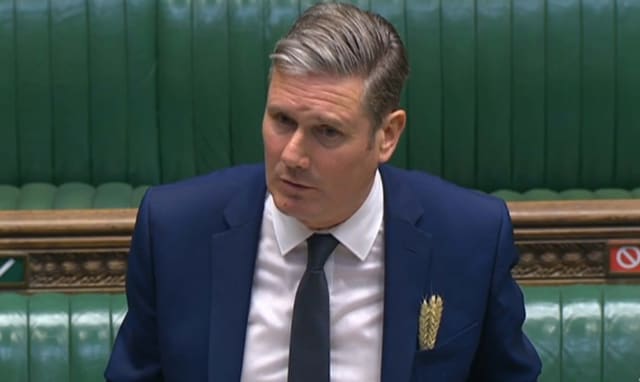 Sir Keir Starmer will not take part in Prime Minister’s Questions on Wednesday as he is “still awaiting” a coronavirus test result for a member of his family, a spokesman said.

The Labour leader will be replaced at the despatch box by his deputy, Angela Rayner, while he remains in self-isolation.

Sir Keir was advised to self isolate on Monday after a member of his household showed possible symptoms of coronavirus.

A spokesman said on Tuesday: “Keir Starmer is still awaiting the test result for a member of his family.

“He is therefore remaining in self-isolation and will not participate in Prime Minister’s Questions tomorrow.

“Angela Rayner, deputy leader and shadow first secretary of state, will be taking his place. We have informed Number 10.”

At last week’s PMQs, Sir Keir accused the Government of not being able to “get the basics right” following reports that people were being denied Covid-19 tests.

It is understood Boris Johnson will still take the session, despite the convention that the other faction nominates someone else to stand if the Prime Minister or Leader of the Opposition is absent.

Mr Johnson’s de facto deputy Dominic Raab is currently on a visit to the US.