Posthumous fellowship for doctor who died after contracting coronavirus 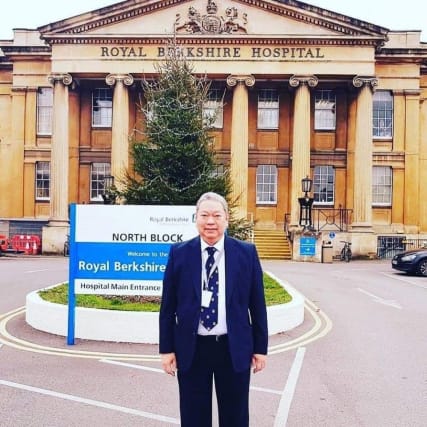 A “very special” doctor who died after contracting coronavirus is to receive what is believed to be a first-of-its-kind posthumous fellowship.

Dr Peter Tun was an associate specialist in neurological rehabilitation at the Royal Berkshire Hospital in Reading for more than 21 years, and died in April after contracting Covid-19.

The Royal College of Physicians said it would honour him with a fellowship reserved for “some of the most inspiring and innovative physicians in the world”.

He lived first in West Yorkshire before moving to London and later Reading, where he settled with his family.

After his death, his sons said: “Our family is immensely proud of our superhero dad.

“He used to say ‘Treat all your patients like they are your own family’, and this speaks to the type of character that he had.

“To us, he was simply the best human we know and we will miss him every day.”

RCP registrar, Professor Donal O’Donoghue, said it was believed to be the first time someone who died actively in service had been posthumously nominated for the fellowship award.

“One might argue that election to fellowship should have come earlier,” he said.

Dr Emma Vaux, RCP past vice-president for education and training, added: “He was a very special, humble doctor and a family man who loved all things education.”

Dr Tun is said to have raised concerns on numerous occasions about a lack of personal protective equipment (PPE) at the hospital before his death in its intensive care unit.

The Trust said: “The Trust is so proud to see Dr Peter Tun recognised with this posthumous fellowship.

“He was a hugely respected member of the Royal Berkshire team and very highly regarded, both here and more widely, in his field of expertise in neurological rehabilitation.”