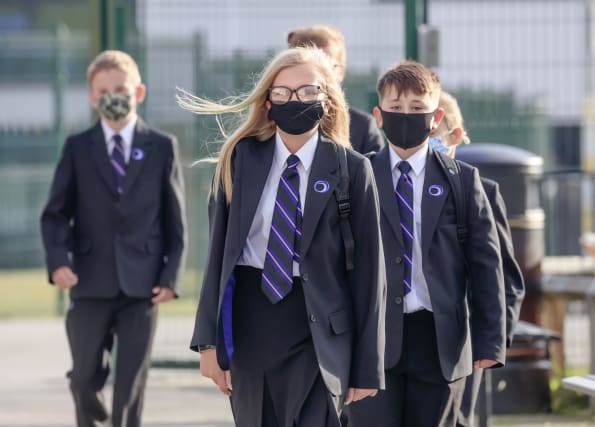 Almost nine in 10 pupils have attended schools in England since their full reopening this month, Government figures show.

Around 92% of state schools were fully open on Thursday September 10, and approximately 88% of students were back in class on the same day, the Department for Education (DfE) analysis suggests.

Schools are considered to be not fully open if they are unable to provide face-to-face teaching for all pupils for the whole school day and have asked a group of students to self-isolate.

Only 1% of schools said they were not fully open due to suspected or confirmed cases of coronavirus.

Schools in England have been hit with Covid-19 cases since it became compulsory for pupils to return to class this month.

Some have closed their doors days after reopening, while others have told year groups to self-isolate for two weeks following confirmed cases.

But the DfE statistics suggest more than 99.9% of state schools were open – either fully or partially – on September 10, and the small proportion that were shut had a variety of reasons.

Pupil attendance was higher – around 90% – in fully open state schools on Thursday, according to the analysis.

Schools in England began welcoming back pupils in all year groups for the autumn term this month.

It is the first time many pupils have stepped into a classroom since March, when schools were closed due to the coronavirus pandemic – except for vulnerable children and those of key workers.

Councils can fine parents £120 – cut to £60 if paid within 21 days – over a child’s absence from school, with the threat of prosecution if they fail to pay.

The DfE has said fines for parents who refuse to send their children to England’s schools this term will only be used as a “last resort”.