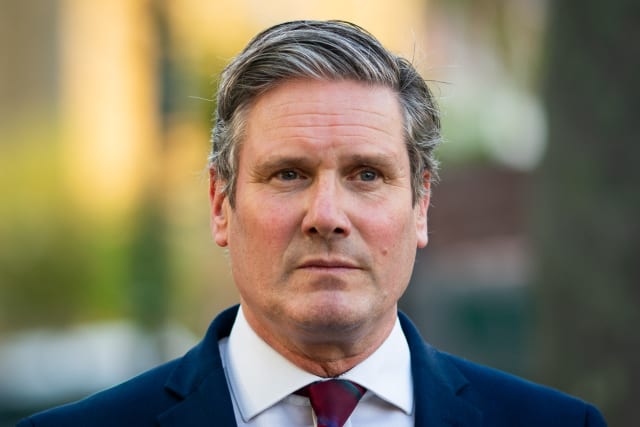 Labour leader Sir Keir Starmer has called for the “fire-and-rehire tactics” deployed by some companies during the coronavirus pandemic to be outlawed.

In his speech to the Trade Union Congress (TUC) conference, Sir Keir said the treatment of staff at companies such as British Airways and British Gas was “wrong”.

Making his contribution from home due to being in coronavirus self-isolation, he said firing and rehiring – when people are given notice of redundancy and then hired back on worse pay and conditions – was “against British values”.

He said: “They should also be illegal. These tactics punish good employers, hit working people hard and harm our economy.

“So, I’m calling on the Government to act now – introduce legislation to end fire and rehire.”

Last week, Conservative MP Huw Merriman, chairman of the Transport Select Committee, criticised the treatment of staff by BA during its efforts to mitigate the impact of Covid-19.

He told the Commons the “national flag carrier” had forced staff to take a “big Russian roulette gamble” after being told to “effectively reapply for their old job” on terms yet to be established.

National secretary Justin Bowden said: “Our members have said it, MPs from Labour, the SNP and Conservatives have all said it and Keir Starmer said it again today.

“British Gas must step back from their fire-and-rehire plans. As Keir said, it’s not just wrong, it’s against British values.”

Sir Keir, making his first TUC conference speech as Labour leader, also set-out Labour’s vision for extending the furlough scheme, which is due to be wound up in October.

The former director of public prosecutions said the party accepted the furlough scheme could not continue indefinitely but argued that with “a bit of imagination” the Government could continue to help those most at risk of losing their jobs.

Speaking from his attic, he called for a “new, targeted support that can replace the Job Retention Scheme”.

“The truth is this, the virus is still with us – infections are rising, lockdowns are increasing,” Sir Keir told the online audience.

“And for some sectors of our economy – retail, aviation, hospitality – for millions of workers and for towns and cities under restrictions, it just isn’t possible to get back to work or reopen businesses.

“That isn’t a choice: it’s the cold reality of this crisis. So, it makes no sense at all for the Government to pull support away now.”

Sir Keir called for an expansion of part-time working – rewarding employers who give people hours rather than cut jobs – and the provision of training and support for those unable to return to work full-time in a bid to “prevent mass unemployment”.

His comments come as freshly published data from the Office of National Statistics revealed that unemployment increased by 62,000 to 1.4 million for the three months to July.

Issuing a rallying cry for a united front from the party and trade unions, he added: “At the helm, we’ve got the most incompetent Government I can remember.

“And we face the perfect storm of the biggest economic, health and social challenge for a generation.

“Labour and the trade union movement need to stand together like never before.”

Praising Sir Keir’s furlough reform blueprint, TSSA general secretary Manuel Cortes said: “The spectre of mass unemployment must be avoided, and our union welcomes the idea of targeting sectors most in need.”

Mr McCluskey, a close ally of former Labour leader Jeremy Corbyn, added: “This was a good speech which showed Keir to be absolutely on the side of working people.

“An unemployment tsunami is looming and I very much welcome the Labour Party’s campaign to save working people from the scourge of mass unemployment by fighting for a new job protection scheme with targeted, sector support for those industries that need it most.”

A HM Treasury spokesman said: “We already have a national plan to not only protect jobs, but to create new ones – and we are implementing it right now.”