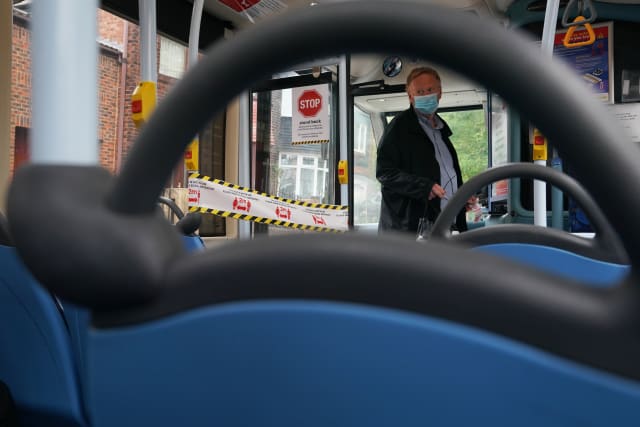 Passengers are returning to buses faster than they are to trains, according to data from transport giant FirstGroup.

The company, which runs Great Western Railway and hundreds of bus routes across the country, said volumes of passengers on its buses bounced back to around 50% of pre-pandemic levels last week.

But its trains division has only seen a modest increase during the summer and is only attracting around 30% of its pre-pandemic customers on average.

The company is travelling about nine in 10 of the miles it did pre-pandemic by bus, and train capacity is back to around 90%.

“Passengers can be confident that public transport is safe and we are encouraged that activity levels are increasing, especially since the start of the new school year on both sides of the Atlantic,” said chief executive Matthew Gregory.

The news that FirstGroup expects to report a “small adjusted operating profit” for the first half of the financial years sent shares soaring by 7.2%.

Bosses said it is “impossible to predict with certainty” what medium-term impacts Covid-19 might have on FirstGroup, but the pandemic has delayed plans to sell off its business in North America.

The board is still focused on the sale, which it says can “unlock material value”, and added that potential buyers have shown significant interest.

But the pandemic has affected the speed with which the process can be concluded, FirstGroup said.

The business is also starting to bounce back from the Covid-19 pandemic.

Its North American transit division is operating around 67% of its pre-Covid services, having dropped to 60% during the low points of the outbreak, and is making about 80% to 85% of the revenue it had expected before the crisis.

Revenue at its Greyhound buses arm have improved to between 35% and 40% of pre-pandemic levels.

It is making around 70% of its pre-pandemic revenue despite only operating 45% of its fleet of school busses in North America, which serve 1,100 customers.