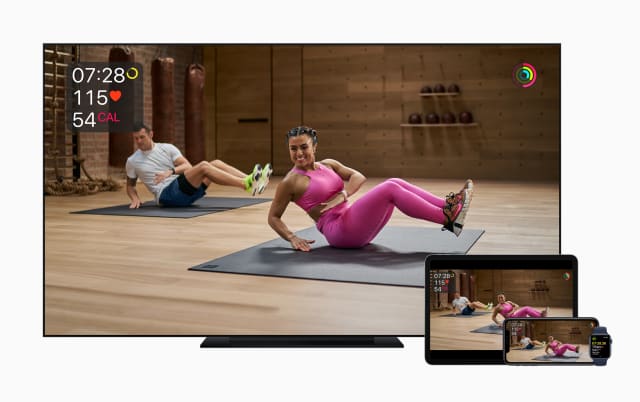 Apple’s new fitness subscription service will offer a direct challenge to the likes of Fitbit and Peloton, industry experts have said.

On Tuesday, Apple announced its new Fitness+ service, a subscription-based platform offering a range of fitness classes connected to a user’s Apple Watch which can be viewed on an iPhone, iPad or Apple TV.

Fitness technology firms such as Fitbit and Peloton have had success with their own subscription models, which offer classes and other features to those who sign up.

Leo Gebbie, senior analyst for wearables at CCS Insight, said Apple now entering this market would create a serious competitor for those firms.

“Health tracking continues to be a major focus for Apple, and its new Fitness+ service signals its intent to generate more revenue from its products in this area,” he said

“The monthly subscription pits Apple against rivals such as Fitbit, which already offers a Premium platform at the same cost.”

The announcement was made alongside the unveiling of a new Apple Watch, the Series 6, which includes a new health-tracking sensor able to measure the wearer’s blood oxygen levels in 15 seconds.

“Given Apple’s dominance of the wearables market, the Watch Series 6 is likely to see strong sales over the coming months despite a lack of headline features, bucking the broader macroeconomic environment,” Mr Gebbie said.

Apple further expanded its services business during the event with the announcement of a new bundle of all its subscriptions into a new, single scheme called Apple One.

“The bundled services offered by Apple One underline the company’s commitment to generating ongoing service revenue while encouraging greater engagement with Apple’s ecosystem of products,” he said.

“In some cases, Apple One will also encourage people to take an additional subscription beyond Apple Music to less-popular services such as Arcade and News+.

“Apple’s services strategy is the gift that keeps on giving. No other smartphone maker has managed to find a way to make money from their devices after the initial sale.

“Whether it’s a brand-new iPhone or one that has been sold second or third-hand, there’s still an opportunity for Apple to bring in revenue and get users hooked on is services.”