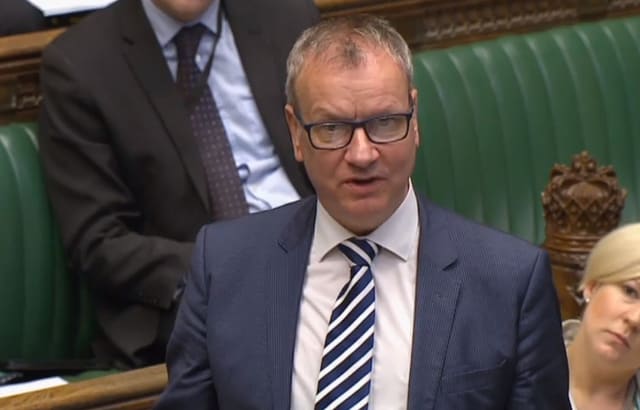 Westminster is attempting to “bypass the Scottish Government” by giving UK ministers powers in areas that are reserved for Edinburgh, the SNP has claimed.

The United Kingdom Internal Market Bill gives ministers the power to fund infrastructure and development anywhere in the UK, which the SNP say is an attack on devolution because areas such as transport and regional development are reserved powers held by Holyrood.

During the second reading debate of the Bill, Pete Wishart, SNP chairman of the Commons Scottish Affairs Select Committee, told MPs: “Never before has there been such a sustained attack on our Parliament or our democracy.

“The invention and development of the idea of a UK single market has been one of the most spectacular, dishonest pieces of political chicanery we have ever witnessed in recent times.

“The bare-faced nonsense of this being a power surge is contradicted by practically every detail of this Bill.”

He said clause 46 of the Bill allows the UK Government to “legislate directly in devolved responsibilities,” adding: “It’s a mechanism designed to bypass the Scottish Government.”

However, Scottish Tory leader Douglas Ross denied the Bill was a power grab.