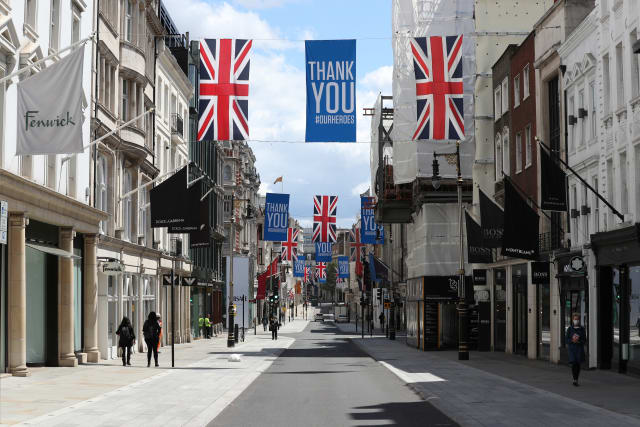 Business leaders in the hard-hit retail and leisure industry have criticised the Government’s decision late on Friday to scrap tax-free shopping for all tourists visiting the UK after Brexit.

Retailers had hoped the VAT-free shopping, which had been available to non-EU customers, would be extended to EU visitors as they pin their hopes on a tourism recovery from European shoppers first.

Instead, the Treasury said the scheme to claim back the tax will be scrapped in its entirety, although officials point out that British shoppers travelling to the EU will be able to make VAT claims from January.

He said: “This decision is a disaster for the UK; not only to the West End but to the UK in its entirety.

“Retail and tourism across the UK are already reeling from the impact of Covid-19 and are in need of a boost, not self-inflicted wounds.

“We’re astonished that this decision appears to have slipped through as a footnote on a wider consultation on the expansion of duty-free shopping.”

Business groups are expected to write to Chancellor Rishi Sunak later this week and are taking legal advice on next steps.

Around £3.5 billion is spent in the UK every year on tax-free shopping – at a cost to the Treasury of £500 million.

But leaders are fearful shoppers from wealthy Asian nations will just head to nearby Paris and Milan with their cash to enjoy a 20% discount on shopping instead.

Total annual spending by international visitors in the UK is more than £22 billion each year, so any reduction in the UK’s appeal for holidaymakers and visitors will have significant financial consequences, leaders added.

Joss Croft, chief executive of UKinbound, said: “Another nail in the coffin of Global Britain, scrapping the VAT Retail Export Scheme is a short-sighted action that will negatively impact the UK economy and reduce our global competitiveness.

“Instead of putting up barriers to trade, the Government needs to urgently consult with businesses, so it fully understands the ramifications of this policy and adapt it before irreparable damage is done.”

The Treasury said on Friday on the scheme: “As part of these changes, VAT refunds for overseas visitors in British shops will be removed.

“Overseas visitors will still be able to buy items VAT-free in store and have them sent direct to their overseas addresses, while the costly system of claiming VAT refunds on items they take home in their luggage will be ended.”

It was not immediately clear what “costly system” officials were referring to.