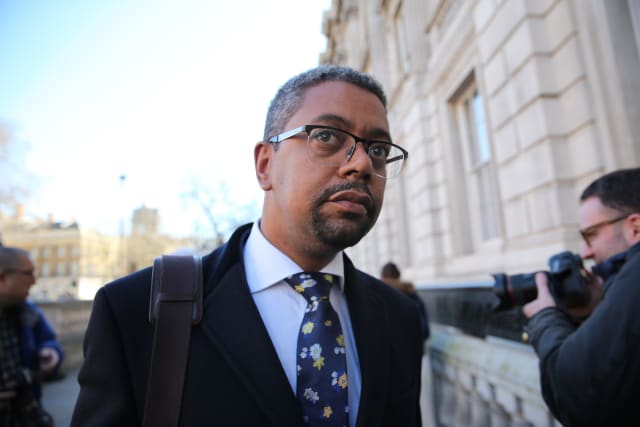 A second coronavirus lockdown could be enforced in Wales within weeks if people do not change their behaviour, the country’s health minister has said.

Vaughan Gething warned the pattern of increasing cases was “similar to the situation we faced in early February” and said action had to be taken to prevent significant harm or another full lockdown.

The number of new coronavirus cases in Wales increased by 183 on Monday – the largest rise in daily cases since May 19 – bringing the total number of confirmed cases in the country to 19,573.

New restrictions came into force on Monday, making the wearing of face coverings mandatory in public indoor spaces and banning more than six people from an extended household from meeting inside.

The Welsh Government has increased its range of available measures to respond to local outbreaks, which now include introducing curfews, restricting alcohol sales and only selling alcohol with food.

“In early February, we faced a position where we didn’t have the range of knowledge we have now, but we went into a national lockdown in essentially the third week of March,” Mr Gething said.

“So there’s a period of weeks for us to resolve some of the challenges we have, which is why we appeal to people to reconsider the choices we’re making, who we’re seeing, how many people we’re seeing, because otherwise we may need to make more local lockdown choices or potentially a national lockdown with all the interruption that causes.”

He said it was important for people to follow social distancing advice and to limit contact to those in their extended household, which can be formed of up to four households in Wales.

Mr Gething was asked whether the similarities between now and February meant that Wales was heading to a second lockdown within seven weeks.

“If there isn’t a change in behaviour, we could well be not just seven weeks away from a national lockdown, it could potentially be much quicker,” he said.

The Welsh Government could impose local and national lockdowns if there was an “increasing rise” in coronavirus across the country.

But Mr Gething said his preference was to have a “joined up conversation” across all four nations and called for Cobra meetings to restart.

There are a number of similarities in areas where coronavirus has increased in Wales, such as socialising indoors and at home without social distancing and people returning from travel abroad, he told the press conference.

Last Tuesday, a local lockdown was introduced in the Caerphilly county borough.

Restrictions there include the mandatory wearing of face coverings in public indoor spaces, no indoor meetings and people only allowed to leave or enter the area if they have a reasonable excuse.

Mr Gething said new cases were being seen in Caerphilly county borough, which was to be expected due to the time between infection and symptoms, meaning it could be two weeks until the peak is reached.

“We are, however, seeing a change in the pattern of infection, with people in their 40s and 50s testing positive,” he said.

In Merthyr Tydfil, a cluster of cases has been linked to people working at a company, while in the Rhondda, another small cluster has been associated with a caravan park.

A “rapid rise” in cases – similar to the increase seen in Caerphilly county borough – has been seen in Newport.

“At the heart of it appears to be a party over the bank holiday weekend, which led to 18 new cases of coronavirus, many of whom visited other venues,” Mr Gething said.

On Sunday, Public Health Wales urged those who had visited the seven bars and pubs affected to be on the “lookout” for symptoms of Covid-19 and to get a test if any developed.

During the press conference, Mr Gething said issues with the UK Government’s Lighthouse Labs testing system were “plainly not acceptable”.

He called for the matter to be resolved “as urgently as possible” but said he did not believe this would be achieved “for a number of weeks”.

Changes are now being made to switch testing facilities to Welsh laboratories to increase capacity through the mobile testing units, he said.