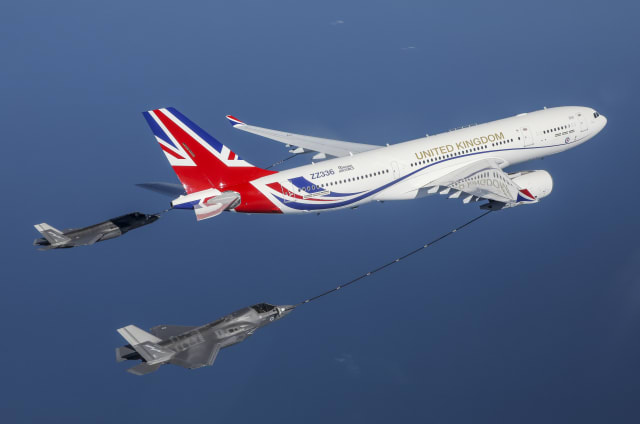 Boris Johnson’s Union flag-decorated tanker jet has been deployed on a mission in the North Sea.

It comes after two Typhoon fighter aircraft were launched from RAF Leuchars in Fife earlier on Monday morning on a Quick Reaction Alert (QRA).

The RAF Voyager ZZ336 aircraft – which had a paint job worth around £1 million earlier this year – was then deployed shortly after 11.15am in support from the Brize Norton base.

A spokesman said: “QRA Typhoon fighters have been launched and are being supported by a Voyager tanker, however we do not offer comment on ongoing operations.”

The Voyager appeared to travel towards Shetland before looping back down south.