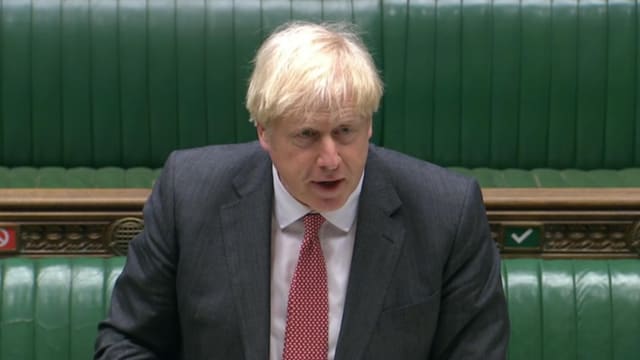 Boris Johnson’s controversial plan to override key elements of the Brexit deal he signed with Brussels has cleared its first Commons hurdle despite deep misgivings by some senior Tories.

MPs voted to give the UK Internal Market Bill a second reading by 340 to 263 – a Government majority of 77.

The Prime Minister said the legislation was necessary to prevent the EU taking an “extreme and unreasonable” interpretation of the provisions in the Withdrawal Agreement relating to Northern Ireland.

He said some in Brussels were now threatening to block UK agrifood exports to the EU and to insist on tariffs on all goods moving to Northern Ireland from the rest of the UK.

However some senior Conservatives warned they could not support the legislation in its present form after ministers admitted last week that it breached international law.

MPs will begin detailed line-by-line scrutiny of the Bill on Tuesday, with votes expected next week on amendments to the Northern Ireland provisions which some Tories may back.