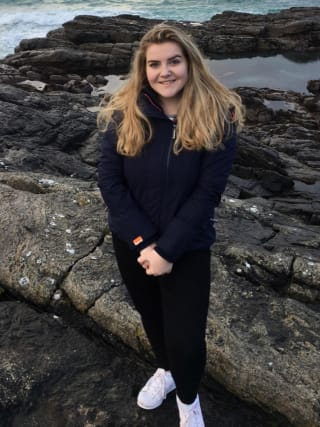 A grieving mother said her “whole world has been shattered into pieces” as the first moving tributes were paid to victims at the Manchester Arena public inquiry.

Poignant memories from family and friends remembering the 22 people murdered in the May 2017 terror attack began on Monday as the commemorative hearings phase of the inquiry began.

Tributes were paid to Eilidh MacLeod, 14, from the island of Barra in the Outer Hebrides, Martyn Hett, 29, from Stockport, and John Atkinson, 28, at the start of the second week of the inquiry.

Roderick and Marion MacLeod attended the hearing in Manchester as a video tribute was played for their daughter, the second-born of their three girls.

The video began with images of a beautiful sunrise over the mountains and beaches of Barra, set to traditional Scottish bagpipe music, one of Eilidh’s passions.

Marion MacLeod said: “Eilidh was a very special girl – of course she was, she was mine.

“Even though she was only 14 she was loving life. My whole world has been shattered into pieces.”

The video was interspersed with photos of Eilidh as a young child, pictured dressing up, wearing make-up and posing for happy family holiday snaps.

Shy and quiet growing up, Eilidh would often hide behind her big sister Shona, the inquiry heard.

Though very close to her family, as she grew up she loved make-up, her phone, social media and music, playing in pipe bands, with the video showing her in a kilt and playing the pipes.

Duncan Nicholson, the son of her bagpipes tutor, said: “As we say on the islands: ‘She had the music.'”

Eilidh always had a book on the go and loved Harry Potter, along with her younger sister Laura, and schoolmates from Castlebay Community School remembered for her bubbliness and friendliness.

Michelle Mclean, her old teacher at primary school, said: “You are taught not to have favourites but some children just stick with you, and Eilidh was one of the girls that stuck with me.

“She brought this warmth and glow about her. She had a special sparkle in her eyes. She was such a loving young girl. She loved, she laughed, she smiled.

“I know the island community and school community … miss her so much.”

The teenager’s aunt, Margaret McNeill, said: “From the day she was born Eilidh brought joy.

“She really was a blonde-haired, green-eyed bundle of fun.”

Eilidh’s father said: “She was just growing into a lovely, lovely young woman with this fantastic skill she was able to express herself in.”

After the video faded to a sunset over the sea surrounding Barra, Sir John Saunders, chairman of the inquiry, said: “If I may say so, that was a very beautiful and fitting tribute. Music has always played a huge part in my life.

“At the risk of upsetting the whole of Scotland I have never been a great fan of the bagpipes, but watching that has begun to change my mind.”

Earlier, tributes were paid to Martyn Hett, 29, by his father Paul Hett, his stepmother Kath, his brothers Dan Hett and Matthew Rowe and their families.

A video began with a portrait photo of Martyn followed by compilation footage from home videos of him as a young boy, up to later social media posts and recordings made by friends and his partner Russell Hayward.

Set to music, the tribute showed Martyn dressing up in various guises as it detailed his love of Coronation Street, declaring himself a “superfan” of the soap.

Mr Hett said: “Where on earth do you even begin to paint a portrait of Martyn?

“So vibrant, so full of energy.”

He said his son’s love of acting and being centre-stage was evident early on. He added that as Martyn grew to be a teenager, he “plucked up enough courage to tell us he was gay”.

He had doubts about his son’s first choice of degree, a Business Studies course at Liverpool University, as it did not really suit his character, he said.

Father told son that life is too short to be doing something you do not enjoy, and with his blessing, Martyn swapped to do a media studies course at the London School of Communications, becoming a social media manager for a PR firm after graduating.

He summed up his son’s personality simply with the word: “Fun.”

Martyn had a growing social media following and had appeared on TV a number of times, including on shows such as Come Dine With Me and Tattoo Fixers – the latter because Martyn had an unusual tattoo of Coronation Street character Deirdre Barlow.

Just two days after the bombing, Martyn had been due to go on the holiday of a lifetime he had been saving up for.

Mr Hett said three days before Martyn’s death, the family had held a goodbye party ahead of the planned eight-week holiday in the US.

Through tears, Mr Hett continued: “We gave him a big hug and said goodbye … having no way of knowing we would never see him again.

“Martyn’s future was bright. He had just been promoted at work and he was ready to go on a holiday of a lifetime. This was cruel beyond belief.

“Martyn crammed more in his 29 years than most of us do in a lifetime.

“His memory will shine brightly forever.”

Dan Hett, Martyn’s older brother, joked as a child he would call his sibling: “My idiot brother”, and this continued into adulthood.

“He was by far and away the most confident,” he said.

“Losing him changed all of us. It’s been three years and I still reflexively go to text him.

“Explaining to my sons that Uncle Martyn had died was an extremely difficult thing to do.

“The nature and scale of what happened was uniquely difficult to deal with.”

In a simple tribute, the parents of John Atkinson, his mother Daryl Price and father Kevan, said their son had a Mensa IQ of 137 aged eight and after leaving school he went on to work with young adults with autism and behavioural difficulties, a job he loved.

John had two older sisters Laura and Stacey, and one younger sibling, Amy. The family’s statements were read by legal representatives.

The parents’ statement said: “Since John’s untimely death our lives have been torn apart.

“He was the centre of our world. We miss him so much, his laugh, his humour, his personality, his love for his family … we will miss everything about him.

“Now there’s a huge void in our family.”

His sister Amy’s statement read: “John was always there when I needed him.

“I have so many memories with my brother from playing out together as kids and going on holidays as families. But what I miss the most is always having him there, because he was never far away ever.

Laura said in her statement: “As he grew up, John became the most thoughtful, loving, caring young man I have ever come across.

“Why this has happened to John I’ll never understand.

“I’ll never get over what has happened to him and I don’t think any of us can.

“He should be here with us. We’ve lost the biggest and best part of our puzzle.”

Stacey’s statement added: “That horrible day John was taken from us, my family has not been the same again and it never will.”

The hearing was adjourned until later on Monday for the final tribute of the day to Sorrell Leczkowski, 14.

Suicide bomber Salman Abedi murdered the 22 victims and injured hundreds more after detonating a home-made bomb at the arena following an Ariana Grande concert on May 22 2017.

The public inquiry is expected to last into next spring.