Charles to be patron of Jewish youth organisation JLGB 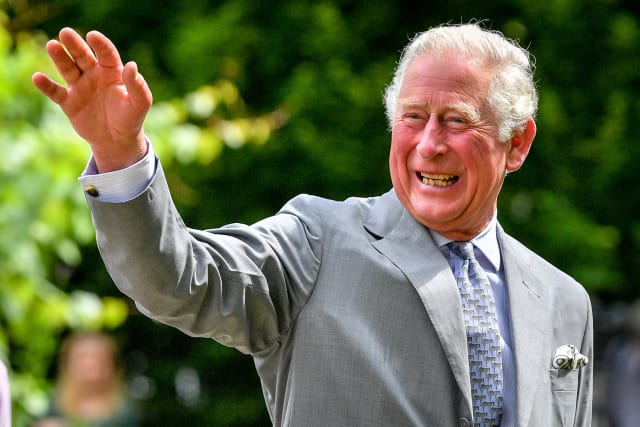 The Prince of Wales is to become patron of a Jewish youth organisation as it celebrates its 125th anniversary year.

Charles’s appointment has been welcomed as an “absolute honour” by the chief executive of the JLGB (Jewish Lads’ and Girls’ Brigade).

Neil Martin credited the royal with always having been a believer in the power of young people within their communities.

He said: “It’s an absolute honour to welcome HRH the Prince of Wales as our patron, as he has always been a tremendous believer in the power of young people to support and lead their communities for the betterment of British society and a brighter tomorrow.

“We’re absolutely thrilled that HRH has agreed to be patron, taking on this position during our historic anniversary year, which of course rightly pays homage to the incredible role JLGB has played over the past 125 years in society, but also shows absolute faith in the future contributions the next generation of young British Jews are yet to make.”

The organisation has been running virtual programmes to support children, young people and their families during lockdown.

This week it is launching JLGB Fuel, a centralised planning system for adult volunteers and youth leaders which aims to power the organisation “by uniting and amplifying its activities across the UK”.

It is preparing to restart its local weekly programmes across the UK next month after a six-month break due to the pandemic and is launching a new-look website and an online system to make it easier for new members to join.

The organisation said its new way of working will place greater emphasis on youth empowerment in the running of JLGB, in recognition of the role of young people in the success of an almost-nightly livestream run during the lockdown which was seen by more than 1.8 million unique viewers.

Lord Levy, JLGB’s president, said they are “delighted and honoured to have the recognition and support” of Charles, “evermore so during these uncertain times”.

Lord Levy added: “There is no more significant a way to start a new era than with HRH the Prince of Wales as our new patron, who cares and helps so much with the youth of our country. We feel confident that he will help us all continue in our mission to grow and develop JLGB for the next generation.”