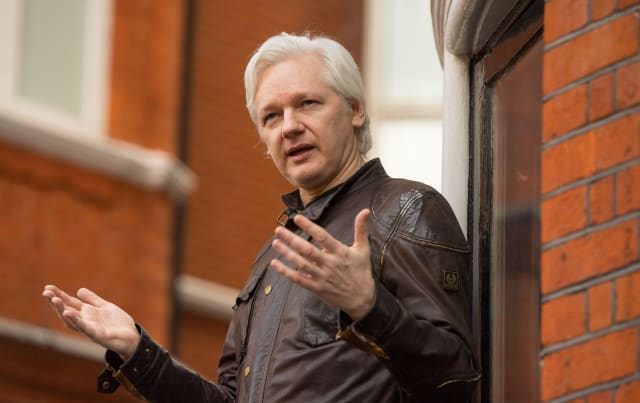 WikiLeaks founder Julian Assange faces an effective life sentence in harsh prison conditions if convicted in the United States, a lawyer has said.

Assange is fighting extradition following leaks of hundreds of thousands of classified documents in 2010 and 2011.

The 49-year-old has been indicted in the US on 18 charges – including plotting to hack computers and conspiring to obtain and disclose national defence information.

The allegations include that Assange plotted with army intelligence analyst Chelsea Manning to crack a scrambled password to a classified US Department of Defence computer.

His defence claim the prosecution under the Donald Trump administration has been politically motivated.

Giving evidence at the Old Bailey by video link, US lawyer Eric Lewis said it was “significant” that Assange had not been indicted until 2018 when, by contrast, Manning, was arrested in 2010 and convicted in 2013.

Previously, it had all but been concluded the Department of Justice would not prosecute Assange but under the Trump administration that changed, Mr Lewis said.

Mr Lewis suggested the US attorney general was “directing from the top down from his office to the Eastern District of Virginia to be much tougher on leakers, including Mr Assange”.

The later addition of multiple espionage charges was “an abuse of the federal law enforcement authority”, he alleged.

It meant that if convicted, Assange would face an effective life sentence, Mr Lewis said.

“We are looking at a sentence somewhere between 20 years, if everything goes brilliantly, to 175 years which the government could easily ask for,” he said.

He pointed out that Manning had been sentenced to 35 years in prison before that was commuted to seven years.

Mr Lewis said the US government took a “very harsh view in respect of national security defendants” and Assange could be detained under SAMs – special administrative measures.

The witness said Assange was “particularly vulnerable” to deprivation under SAMs, such as not being allowed access to the news.

Mr Lewis, who provided five statements to the court, also argued that Assange “will not receive adequate mental health care in a US prison”.

Under cross-examination, Mr Lewis conceded that he was not a medical expert.

The extradition case, which is in its fourth day of evidence, is expected to go on for four weeks.