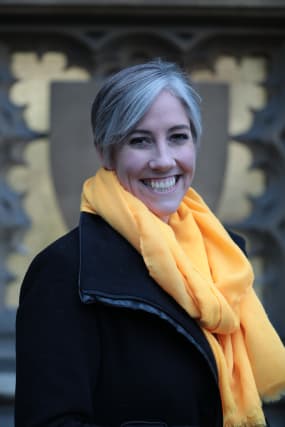 The Liberal Democrats must listen and win in every part of the UK, the newly elected deputy leader of the party has said.

Daisy Cooper, who the Liberal Democrats have on Sunday announced has been unanimously elected to the role, has committed to building a “winning campaign machine”.

Before becoming an MP last year, Ms Cooper worked for the cross-party movement More United and in Commonwealth affairs where she campaigned for improved LGBT+ rights abroad and against human rights abuses.

On being announced as the party’s new deputy leader, she said: “”At the same time that Ed Davey, as our new leader, is listening to and reconnecting with voters, it is my role to help build a winning campaign machine that will get Liberal Democrats elected at every level.

“Liberal Democrats won St Albans in December for the first time ever.

“It was a seat we had never held before.

“But it didn’t happen overnight.

“It took three and a half years.

“I am determined to use the three and a half years before the next general election to replicate our St Albans win in many other places.

“With (Boris) Johnson’s Conservatives attacking the independence of our judges, brazenly stating that they want to break the law and destroy our international reputation, it is more important than ever that Liberal Democrats listen and win in every part of the UK.”