Justice Secretary: I will resign if ministers break law in ‘unacceptable’ way 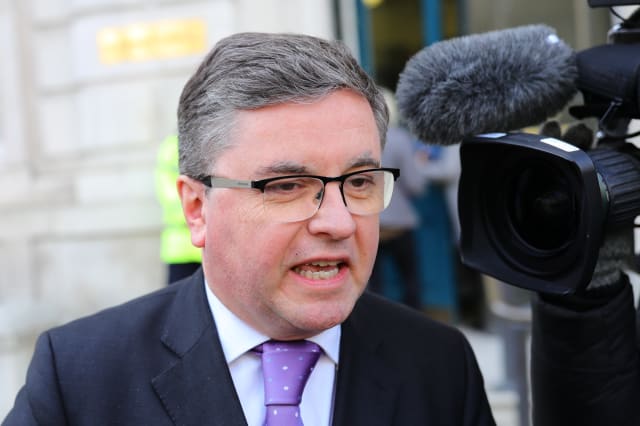 The Justice Secretary has said he will resign if the Government breaks the law "in a way that I find unacceptable" amid growing criticism of Boris Johnson's Brexit plans.

Robert Buckland insisted he does not believe the UK will "get to that stage", insisting legislation that could break international law was a "break the glass in emergency provision if we need it".

His defence came as Irish foreign affairs minister Simon Coveney said the UK was damaging its international reputation as he hit out as Mr Johnson's "spin" in denying Europe could impose a "blockade" between Britain and Northern Ireland.

The Prime Minister is under increasing pressure to back down on plans to override elements of his own Withdrawal Agreement, with former leaders calling on Tory rebels to vote his Bill down.

As Justice Secretary, Mr Buckland has faced calls to explain how the plans are consistent with obligations under international law and was pressed on Sunday over whether he would resign.

"If I see the rule of law being broken in a way I find unacceptable then of course I will go," he told The Andrew Marr Show on the BBC.

"I don't believe we're going to get to that stage.

"I know in my mind what I have to do.

"But the Government collectively here also has a responsibility, we've got to resolve any conflict that's what we will do."