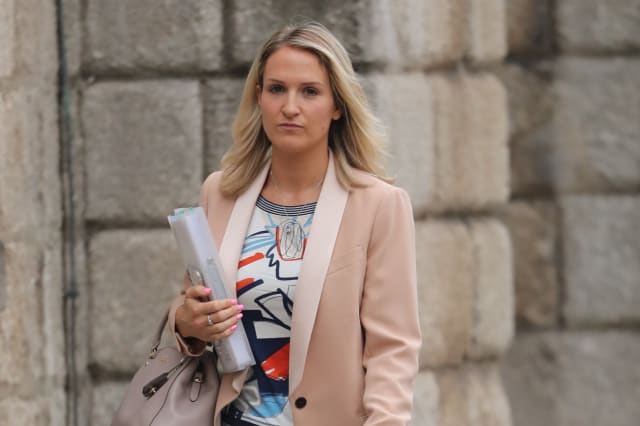 Trust between the EU and UK has been damaged by the Internal Market Bill, Ireland's justice minister said.

Proposed changes to the EU Withdrawal Agreement around all-island trade is causing a lot of confusion, Helen McEntee added.

She called for controversial aspects of the Bill to be removed.

"What's happened this week has certainly set us back.

"This is a deal that was reached, it was voted through the UK Parliament nine months ago, it was voted through the European Parliament nine months ago and now this week one side of the agreement essentially has decided to unilaterally on its own change elements of that agreement so it's posed some confusion, or a lot of confusion.

"I think it has in some ways damaged trust between both sides."

She told Sky News' Sophy Ridge On Sunday programme legal action could happen due to the breach of an international agreement.

"What I would like to see, and I think the Irish government and the European Union would like to see, is that these particular measures as contained in the Internal Market Bill, that they are withdrawn and, most importantly, that we get back to the very important business of implementing what has already been agreed in the Withdrawal Agreement."