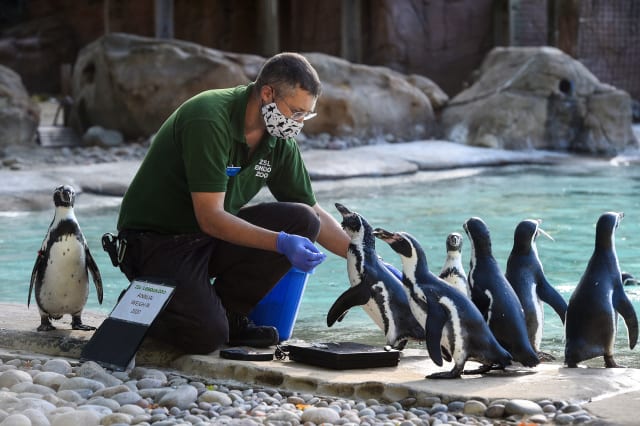 Some of Britain’s best-loved zoos and aquariums will shut unless the Government urgently unlocks promised funding, sector leaders have warned.

In June, the Government announced a £100 million Zoo Animals Fund to help zoos and aquariums in need of financial support following a drop in income due to the coronavirus pandemic.

Despite applications opening in August, the Government has now admitted none of the cash has reached zoos or aquariums.

In response to a written parliamentary question, environment minister Victoria Prentis said only four applications had been received since the Zoo Animals Fund was launched on August 3, all of which are still under review.

The British and Irish Association of Zoos and Aquariums (BIAZA) said the scheme was too restrictive and many zoos would miss out as a result.

He added: “Without urgent changes, the Government is putting at risk some of the UK’s best-loved zoos and aquariums.

“Our zoos, aquariums and safari parks are reliant on admissions to keep going, and so the lockdown earlier this year has wreaked financial devastation that will be felt for years to come.

“While the sector is grateful that the Government has demonstrated its support through providing £100 million to save zoos, it is frustrating that not one zoo has yet benefited from the new Zoo Animals Fund.

“BIAZA has been clear in our regular meetings with Defra and the minister that restrictions on the fund means very few zoos will be eligible to receive any support and this is being borne out.

“While we expect that more zoos will apply for the fund over the next few months, many of England’s best zoos and aquariums will still not receive any support from this fund.”

Dominic Jermey, director general of ZSL (Zoological Society of London) – the conservation charity behind London and Whipsnade zoos – said Covid-19 has created the biggest challenge the organisation has faced in its 200-year history.

He added: “Never before have our zoos been closed for such a prolonged period of time, and we are still feeling the impact.

“Despite being reopened there is no way we can recoup the income we lost – especially while social distancing measures mean our capacities are limited and experiences are reduced.

“The Zoo Animals Fund has the potential to be of huge benefit to the good zoos that really need it.

“We hope that the Government will work with us to ensure the support can be better accessed and utilised by those of us who are striving to make a difference for wildlife around the world.”

Labour MP Justin Madders, whose Ellesmere Port and Neston constituency includes Chester Zoo, questioned whether the Government has any intention of helping zoos at all.

He said: “Sadly this is yet another example of the Government talking a good game but failing on delivery.

“I understand that the restrictive criteria applied to the fund mean that it will be virtually impossible for most zoos to qualify for support.

“It is typical of this two-faced, insincere Government to claim they are offering help to everyone when in reality they are not, just like the three million people who have been excluded from any financial support at all.

“I am concerned that zoos like my own Chester Zoo will face financial ruin unless the Government wake up to the reality that their support fund is an illusion.

“Unfortunately, I fear they already know this and are content to pretend to be helping when they have no intention of doing so at all.”

Jamie Christon, chief operating officer at Chester Zoo, said: “The Government has said it is continuing to talk to large zoos like us to explore ways of supporting us and our vital efforts to prevent extinction. But still there is nothing on the table.

“After significant time spent in lengthy and what have been seemingly very positive discussions with Government representatives for several months, this is extremely disappointing for us.”

A Government spokesperson said: “We understand the challenges zoos have been facing due to the coronavirus pandemic.

“That is why we put in place this specialist fund specifically to ensure zoos facing severe financial difficulties can provide the best possible care for their animals.

“We are rapidly processing current applications and we stand ready to support any future requests to the fund.”

Zoos have until November 16 to apply for the funding.