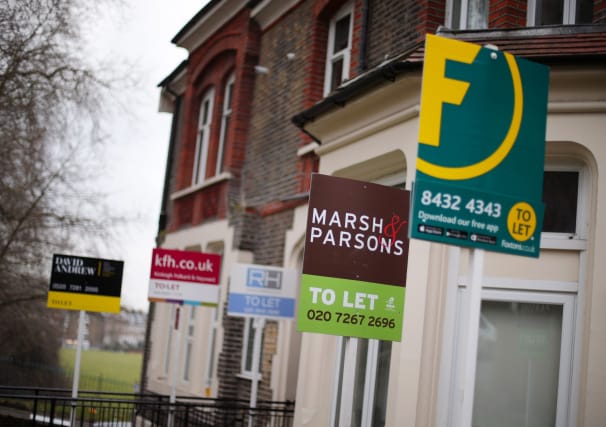 Rental sector tenants are increasingly choosing to upsize into bigger properties in quieter neighbourhoods – mirroring a “race to suburbia” also seen in the house sales market during the coronavirus crisis.

Between May and August, around a third (34%) of tenants moving home added at least one extra bedroom to their property, marking a significant increase on the 25% who did so in the first three months of the year, Hamptons International said.

Many recent reports on the house sales market have indicated that buyers are looking for more spacious properties, often in less populated locations such as commuter towns and villages, as they expect to spend more time working from home in future. Many are looking for extra bedrooms or outbuildings where they can set up a home office.

Hamptons said that across Britain, demand from tenants looking to rent has generally edged up in small towns and suburbs while it has decreased in city locations.

And it said a quarter (25%) of rental moves post-lockdown have been from a flat to a house, compared with 16% in the first three months of 2020.

Upsizing comes at a cost, with tenants who do so typically paying £149 per month more in rent, it found.

Tenants living in the South East of England have been the most likely to trade up, with 47% of those moving post-lockdown adding at least one bedroom in their move and spending an additional £266 per month more on average.

Tenants in the North West of England are the next most likely to have upsized, with 37% adding at least one bedroom.

Hamptons also found that nearly two thirds (63%) of London renters upsizing have chosen to leave the capital, helping to ease the additional cost of a bigger home. However, tenants will also need to factor in any commuting costs.

Due to the large proportion of upsizing tenants leaving the capital, the average London-based tenant looking for more space spent £86 per month less, despite gaining at least one extra bedroom, the research found.

Aneisha Beveridge, head of research at Hamptons International, said: “Renters have joined home owners in the race for space by rushing to the suburbs where the number of tenants looking to rent is up on last year.

“With tenants’ priorities changing, upsizers have swapped smaller city centre flats for three-bed semis on the fringes of town. While the premium placed on green space is growing each month, upsizing tenants have typically stuck to the outskirts of cities they know rather than leaving altogether.

“While the race to suburbia has mostly been dominated by tenants in their mid-30s onwards, younger tenants too have an increased appetite for additional space. For these groups, this typically means moving from a room in a shared house into a studio apartment, or from a studio into a one-bed home with its own separate living and sleeping space.”

Ms Beveridge also said that demand from new tenants also remains below last year’s levels across most of the country, “with those choosing to move and take on higher rents less likely to have been affected by the economic crisis”.

The Hamptons International lettings index uses data from the Countrywide Group. The index is based on the 90,000 homes let and managed by Countrywide in each year.

Here are the percentages of tenants who added at least one bedroom during moves between May and August 2020 according to Hamptons International, followed by the average percentage and cash increase this cost them in rent per month: