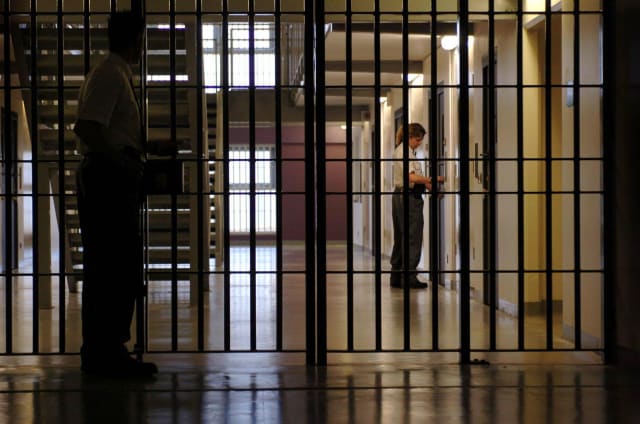 Judges would be able to impose life sentences with no prospect of release on 18-year-olds in exceptionally serious cases under Government plans.

Ministers will publish proposals to change the law that prevented the accomplice in the Manchester Arena bombing from getting a whole life order.

Courts can currently only hand out the sentences to people aged over 21, but ministers plan to reduce the minimum age to 18 for exceptional cases such as mass murders by terrorists.

The proposals would also include new powers to prevent the automatic release of offenders who have become radicalised behind bars while serving non-terror related sentences.

Ministers will also detail plans to fulfil the election pledge of ensuring adults convicted of the premeditated murder of a child never have the chance of parole.

Justice Secretary Robert Buckland said: “This week I will unveil the most radical reforms to sentencing in almost 20 years.

“From longer jail time for dangerous criminals to new measures to improve rehabilitation and cut reoffending – we are delivering a system that is more equipped than ever to crack down on crime, which the public can have confidence in to keep them safe.”

Last month, Hashem Abedi, now aged 23, was sentenced to a 55-year minimum term for his role in the Manchester Arena bombing.

But he avoided a whole life order because he was 21 at the time he orchestrated the atrocity that killed 22 people at the Ariana Grande concert in 2017.

Mr Justice Jeremy Baker, sentencing Abedi, said a whole life order would have been a “just sentence” in the “exceptional circumstances” but said he still “may never be released”.

Elsewhere in the plans, the Justice Secretary would be given the power to step in and prevent the automatic release of those serving sentences for non-terror offences where evidence suggests they may have become a terrorist threat.

They would then be referred to the Parole Board to consider whether it is safe to release them before they have served their full sentence in custody.

Mr Buckland, who is facing pressure to explain how Government plans to override elements of the Brexit deal are consistent with obligations under international law, will also set out plans to change how under-18s are sentenced for murder.

Currently they get a minimum of 12 years at her majesty’s pleasure regardless of the circumstances of the crime.

But, under the proposals, those aged between 15 and 17 would get sentences two-thirds of the equivalent starting point for adults, bringing the starting point to between 10 and 20 years.

And those aged between 10 and 14 would get starting points at half the adult equivalent, bringing this to between eight and 15 years.

Other plans will include ending the halfway release of offenders sentenced to between four and seven years for crimes including rape, manslaughter and GHB with intent.

Instead they would be made to serve two-thirds of their time in custody.

A White Paper is expected to be published mid-week before legislation is laid before Parliament in the new year.