In Pictures: NHS workers take to streets in pay protest 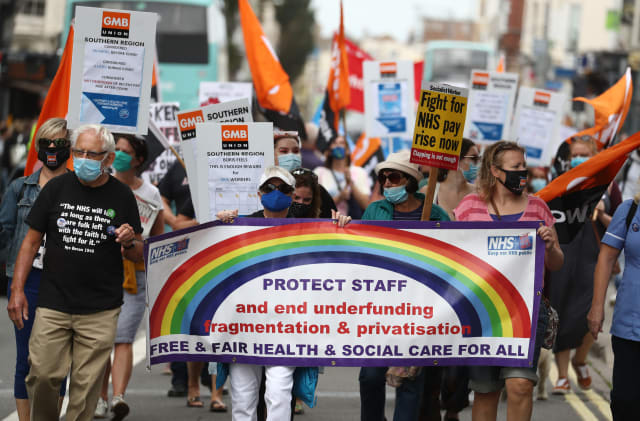 Protests have been held across the country by campaigners demanding better wages for NHS staff who have been “let down” by their pay deal.

Nurses were excluded from the wage increase for around 900,000 public sector workers announced in July because they are in the final year of a three-year agreement.

And the pay increase does not apply to junior doctors after they agreed a four-year deal last year.

GMB union national officer Rachel Harrison said ahead of the demonstrations: “Loyal and dedicated NHS workers have been let down in the three-year NHS pay deal – which GMB union opposed. Their pay, terms and conditions have been driven down for years.”