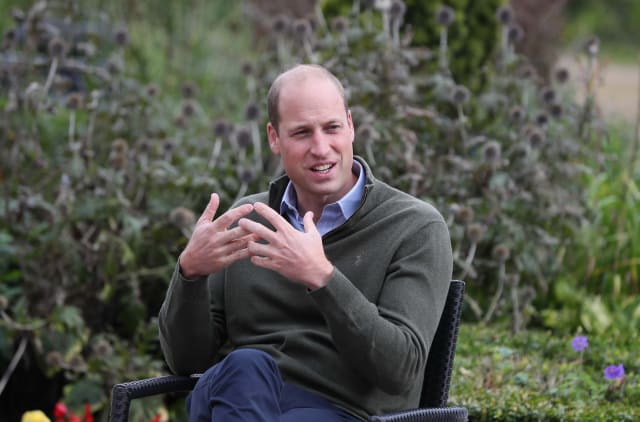 The Duke of Cambridge has thanked football clubs and fans for supporting their communities during the coronavirus pandemic.

Aston Villa supporter William said the support offered in recent months "is a true testament to the spirit of football in this country".

William delivered his message in a video on Twitter which featured a montage of footage and images including one of Manchester United star Marcus Rashford who was successful in campaigning for free school meal vouchers to be provided to pupils over the summer period.

In the video, William said: "As our national game, football is a source of togetherness and community spirit for millions.

"Throughout the Covid-19 pandemic we have seen football come together to support its communities.

"Rivalries have been set aside to help those most in need.

"From reaching out to isolated fans, and promoting physical and mental health, to helping those who have felt the financial impact, and supporting our amazing NHS.

"I want to say a huge thank you to every single football club and fan that has helped those affected by the pandemic.

"The support you have given to your communities this year is a true testament to the spirit of football in this country.

"Thank you and best of luck for the season ahead."