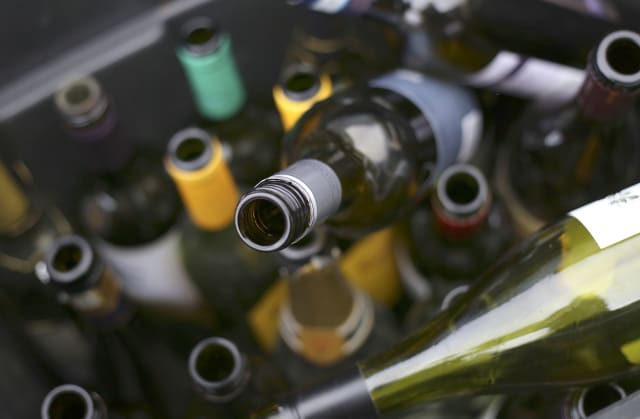 Alcohol harm is a “hidden health crisis” and the problem has become more urgent amid the coronavirus pandemic, a report has warned.

A new Government strategy is needed to tackle the issue and the conversation around drinking must change, the Commission on Alcohol Harm said.

Baroness Ilora Finlay, commission chairwoman, said the problem goes beyond people who drink and that the time has come to “put the responsibility squarely with the harmful product itself”.

The commission, made up of MPs, peers and health experts, said it had received “overwhelming evidence” about the harm caused to children and family life.

The commission said it also heard evidence that families affected by alcohol can struggle to access the support they need.

The group warned that alcohol is the leading risk factor for ill health, death and disability among people aged 15 to 49 in England but that not enough is being done to tackle the problem.

Baroness Finlay described the harmful effects of alcohol as a “hidden health crisis”.

She said: “Alcohol harm impacts us all – in families, our communities and throughout society. For too long, the onus has been on individuals, with drinkers urged to ‘drink responsibly’.

“We need to finally acknowledge the true scale of the harm caused by alcohol, which goes far beyond individuals who drink, and put the responsibility squarely with the harmful product itself.

“By doing so we will help to do away with the stigma and shame that surrounds those who are harmed by alcohol and often stops them from accessing the help that they need.”

The commission is recommending that the Government develops a new alcohol strategy with targeted measures to support families and protect children from harm, including alcohol-fuelled violence.

It calls for the strategy to be “science-led” and follow the World Health Organisation’s evidence-based recommendations on reducing the harmful use of alcohol.

The commission said the strategy should consider the affordability of alcohol, and the introduction of minimum unit pricing in England, as well as restrictions on advertising and marketing such as ending sports sponsorship and better information for consumers.

The report said alcohol’s position in UK culture must be challenged, encouraging conversations about drinking and for people to be open about the effects of alcohol on their health and those around them.

Baroness Finlay said the problem of harmful drinking “has been made more urgent by the Covid-19 pandemic”, with some addicts and their loved ones losing access to vital services, while the bereaved or those dealing with job insecurity and relationship difficulties may have been tipped towards harmful drinking levels.

She added that the full impact of the virus and lockdown on health “will become clear over time”.

Professor Sir Ian Gilmore, who sat on the commission and is chairman of the Alcohol Health Alliance (AHA), said: “When people think about alcohol harm, they often think about liver damage – but its impact goes much further than this.

“This report highlights the very real ways that alcohol can devastate not just the life of the drinker but those around them.

“If we wish to emerge from the coronavirus pandemic as a healthier society, we must address the ongoing health crisis of alcohol harm.”

But John Timothy, chief executive of the Portman Group – a social responsibility and regulatory body for alcohol in the UK – said the report was recommending “radical” measures which would disproportionately penalise responsible drinkers.

He said: “There is little evidence to support the need for the radical measures the AHA would like to see.

“The UK is on an evolving journey in its relationship with alcohol and has made major strides over the past 20 years.”

Mr Timothy said the majority of adults in the UK stay within the guidelines of responsible drinking or do not drink at all.

He added: “The small minority of people that persistently misuse alcohol need targeted support to break the damaging cycle of dependency.

“That is a difficult but important task that has the industry’s full support.

“But it cannot be used to justify a tranche of new measures that would disproportionately penalise ordinary men and women who enjoy a drink and do so responsibly.”

A DHSC spokesman said: “The Commission on Alcohol Harm raises important issues which we will consider.

“We continue to support a range of evidence-based approaches to reduce the health-related harms of alcohol misuse and as part of our NHS Long Term Plan alcohol care teams will be introduced in hospitals with the highest number of alcohol-related admissions and we expect this to prevent 50,000 admissions from alcohol related harm over five years.