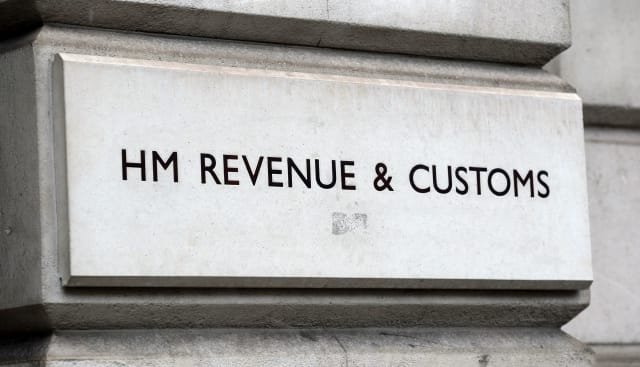 Two people have been arrested as part of a suspected £70,000 furlough scheme fraud, according to HM Revenue and Customs (HMRC).

Officers from the agency attended homes in Romford and Walthamstow, north-east London, on Thursday where a 43-year-old accountant and a 51-year-old company director were arrested, it added.

Both have been released under investigation.

Digital devices and business records were also seized in an operation that took place just days after MPs were warned by HMRC officials that they suspect up to £3.5 billion has been overpaid as part of the Coronavirus Jobs Retention Scheme (CJRS).

The programme covers up to 80% of an employee’s salary if they cannot work and are furloughed because of the Covid-19 pandemic.

Terry Braithwaite, assistant director of the Fraud Investigation Service at HMRC, said: “The CJRS is part of the collective national effort to protect jobs.

“While most employers have used the scheme responsibly, this is taxpayers’ money and HMRC will not hesitate to act on reports of abuse of the scheme.”

HMRC has paid out more than £35 billion through the CJRS to support 1.2 million employers and 9.6 million furloughed jobs.

On Monday the department’s chief executive Jim Harra told MPs that civil servants think the error and fraud rate for the furlough scheme could reach between 5% and 10%.

It would mean that up to £3.5 billion had been paid out erroneously or to fraudsters to date, Mr Harra said.

“That will range from deliberate fraud through to error,” he told MPs on the Public Accounts Committee.

Mr Braithwaite called on staff to tell on their employer if they suspect furlough fraud.

HMRC said there were four lines of defence against fraud that are baked into the scheme.

They include the fact that employees need to have been on payroll before March 19, and the employers must be authenticated by HMRC.