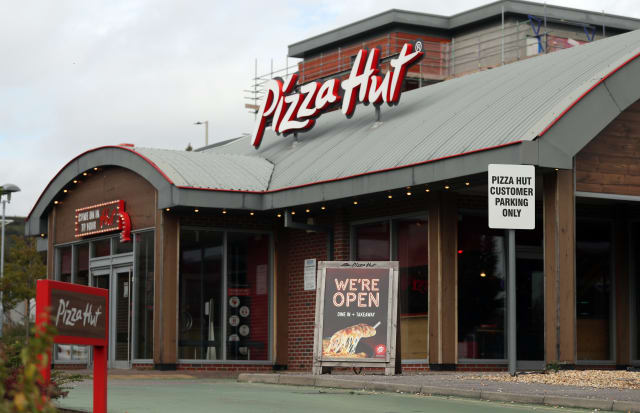 Pizza Hut has named the 29 restaurants it will shut for good as part of a major restructuring with the expected loss of about 450 jobs.

It is the latest of a raft of dining chains to launch a company voluntary arrangement (CVA) restructuring deal to avoid collapse.

It comes days after rival Pizza Express approved the closure of 73 of its own sites, hitting 1,100 workers.

Pizza Hut said it has put forward the proposals as "sales are not expected to fully bounce back until well into 2021" despite a quick and safe reopening of sites.

A spokeswoman for the chain said: "We are doing everything we can to redeploy our team members from our Pizza Hut Restaurants locations that are closing and minimise the impact to our workforce.

"We are therefore unable to share exact job loss numbers for each Hut.

"We understand this is a difficult time for everyone involved and are supporting our team members as much as possible throughout this transition."

Bosses were forced to renegotiate their rents through the CVA restructuring deal after revealing it faced "significant disruption" from the pandemic.

The measures aim to protect about 5,000 jobs across its remaining restaurants as well as the "longevity" of the business, it said.

The move will not affect operations or jobs at Pizza Hut Delivery or related franchises.

These are the restaurants earmarked for closure: