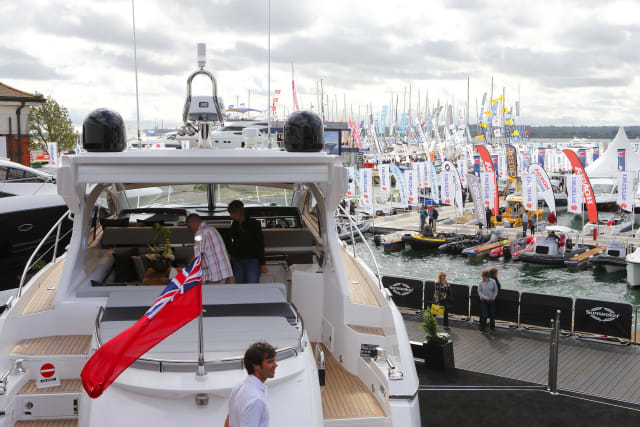 An MP has criticised the last-minute cancellation of two boat shows in Southampton over Covid-19 concerns.

A scaled-down version of the Southampton International Boat Show had been due to open its doors on Friday.

But on Thursday evening, the BOATS2020 event and accompanying Ocean Village Boat Show – both set to run until September 20 – were cancelled by order of Southampton City Council.

“These events were critical to Southampton’s economy and recovery. Southampton City Council has serious questions to answer.”

The annual Southampton International Boat Show, which has been held for more than 50 years and last year saw 100,000 visitors, was postponed because of the pandemic and replaced with the smaller events which were expected to pull in 20,000 people over the 10 days.

The organisers said they were bitterly disappointed with the late cancellation and added that all precautions had been taken to ensure the event “exceeded all safety requirements” relating to social distancing.

They had also insisted that a shortened four-day show could have taken place in line with Government guidance.

Lesley Robinson, CEO of show co-ordinators British Marine, said they were only notified at 6.34pm on Thursday of the cancellation order.

“We are desperately disappointed that BOATS2020 will no longer be taking place, especially receiving the news at the eleventh hour before opening,” Ms Robinson said in a statement.

“A tremendous amount of work has been put in and it was heartening to see committed exhibitors on site (on Thursday) getting geared up for opening.

“British Marine has remained committed to staging this not-for-profit boat show to support the leisure marine industry and our host city of Southampton, and I am deeply saddened that it will now no longer be taking place.

“Alongside our exhibitors, we were ready to open a show that exceeded all safety requirements. We are truly perplexed as to why we are unable to run the show at least until Monday in line with the Government restrictions imposed yesterday.”

Southampton City Council’s director of public health, Debbie Chase, acknowledged event organisers and the people of Southampton had been “doing a fantastic job” regarding measures to fight the spread of Covid-19, and she was “very sorry to disappoint them and everyone who was looking forward to attending these events”.

“The decision, while regrettable, has been made after detailed analysis of the public health risks and discussions with our colleagues in the city, including the police,” Ms Chase said in a statement.

“Covid-19 is still very much with us and we all need to stay alert, particularly at this sensitive time.

“Anyone who was planning to make the journey to one of the boat shows in Southampton should not now make that journey.”