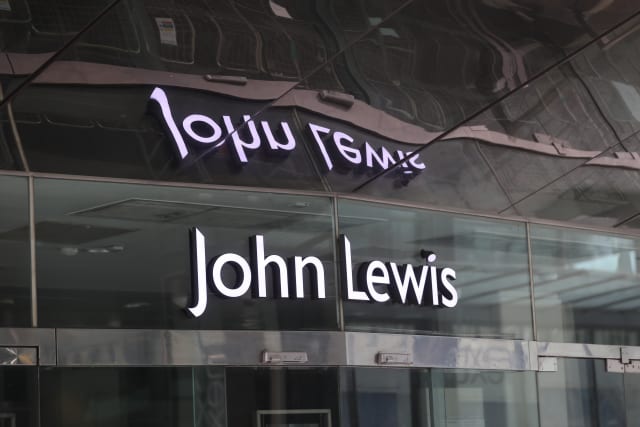 The John Lewis Partnership (JLP) is to reveal the full impact of the mass closure of its department stores as partners will also eagerly await updates regarding its ongoing strategic review.

Chair Dame Sharon White, who took over at the retail giant’s helm in February, will announce its trading performance in an update on Thursday September 17.

The retail group’s new leadership team will reveal how the coronavirus pandemic weighed on its finances for the six months to July 25.

It is expected to show a significant dent to sales in its John Lewis store business after its sites were forced to shut their doors in March.

The group announced in July that eight of its stores will not reopen, with the loss of around 1,300 jobs, including its landmark department store in Birmingham’s Grand Central.

The move faced particular scorn from regional mayor Andy Street, who was managing director of the retailer until 2016, saying the business “failed to make the most” of the site.

In-store sales are expected to be significantly lower than the previous year, with analysts also predicting a steady recovery as footfall remains significantly below prior levels.

Dame Sharon told staff in a letter in July that the group will continue to “re-balance” its store portfolio as part of the strategic review which is currently taking place.

She stressed that the company will also continue to focus on digital opportunities, with partners likely to hope that any in-store revenue slump has been largely offset by gains in its online business during the lockdown.

Retail analyst Nelson Blackley told the PA news agency: “Although her update letter to partners about progress on this review provided quite a lot of detail around the future direction of the group, the significant increase in the share of their business they believe will move online means it is possible there may be some further department store closures as they continue to ‘right size’ their store estate.

“As with so many other ‘bricks and mortar’ retailers, these decisions will be significantly influenced by the outcome of their discussions with individual landlords around rents and service charges.”

Dame Sharon also said the business is considering turning empty stores into private housing and expanding into product rental as it eyes moving into new categories as part of the strategic review.

Meanwhile, the partnership’s Waitrose supermarket arm is expected to reveal a surge in grocery sales, as it has also been aided by an accelerated online expansion.

Last month, new Waitrose boss James Bailey said the online business is due to report revenues of around £1 billion within a year, at least a year ahead of previous targets.

The company has poured millions into its Waitrose.com proposition in a bid to drag over as many Ocado customers as possible.