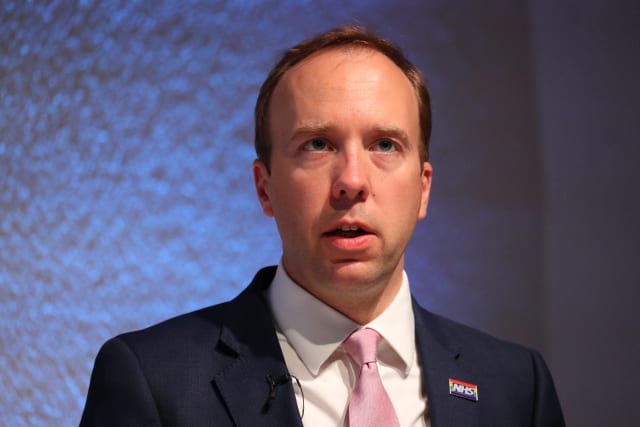 Health Secretary Matt Hancock’s suggestion that there has been a surge in people seeking inappropriate coronavirus tests has been branded “profoundly dangerous”.

The comment came from a member of the Independent Sage group, which has published a report describing the NHS Test and Trace system as “flawed” and “inadequate”.

The group also raised concerns about the “poor rationale” behind the Government’s multibillion-pound Operation Moonshot – an ambitious plan which would see millions of UK-wide tests carried out daily.

Mr Hancock said earlier this week that there has been an increase in people seeking tests when they have not got symptoms of Covid-19.

One school sent a whole year group for tests, which is “not appropriate”, he said. He also said some people who were going on holiday had sought a test, which is “not what the testing system is here for”.

He said: “The message is clear that if you’re not eligible for a test – if you don’t have symptoms or you haven’t been asked to get a test, specifically by clinician or by local authority – then you shouldn’t be coming forward to get a test, because it makes it harder for people who really need them to get those tests.”

But his comments were criticised on Friday by Professor Stephen Reicher, a psychologist at St Andrews University who is a member of Independent Sage as well as the Scientific Pandemic Influenza Group on Behaviours (SBI-P) which advises the Government on how the public might respond to specific coronavirus measures.

He said: “The Government seem more intent on managing blame than managing the pandemic.

“To tell people off for getting tests is profoundly dangerous, because the real problem is this, that when people are unsure… if you tell them ‘Oh you mustn’t get a test if you’re not unwell’, they will delay.

“It will be longer before people get tests, they will be infectious for longer without doing anything about it, and the infection will spread more.

“So what Matt Hancock said is not only wrong, it’s profoundly dangerous and it will increase the pandemic.”

The current testing programme has faced considerable criticism for struggling to meet demand, with many people trying to access a test met with an error message telling them to try again.

On Tuesday, NHS Test and Trace’s director of testing apologised to people who were unable to get a test.

Dr Zubaida Haque, another member of Independent Sage, accused both Mr Hancock and the Prime Minister of “victim blaming”.

Speaking at an Independent Sage briefing on Friday, she said: “It’s an extraordinary accusation to make of people, that you know, they’re not ill at all and yet they’re going for tests.

“I mean, if that was the case then we would have seen that throughout the pandemic.

“We need to call out this victim blaming. It is not appropriate and it doesn’t raise public confidence.”

A report on testing from Independent Sage said: “The ‘NHS T&T’ system is flawed, with an illogical focus on numbers tested, inadequate contact tracing, and increasing evidence that only a low proportion of those asked to isolate for 14 days are able to do so.”

Independent Sage chair Sir David King said this is a “knife-edge opportunity to improve testing, tracing and isolation to get cases down, giving us a good chance of being able to get together with family at Christmas”.

He said: “Let’s invest a fraction of £100 billion in doing that now instead of on a new magic bullet that isn’t available for another six months.”

Referring to Operation Moonshot, the group’s report said it “appears as a distraction”, adding: “While we welcome plans to improve the current NHS Test and Trace programme and explore new, easy to access testing technologies, we worry about the enormous projected cost of £100 billion – close to the entire annual NHS budget, with poor rationale, and its reliance on private sector contracts, given their poor performance in the testing and tracing systems so far.

“A lot more detail about the approach and proper scrutiny is required.”