Council scraps low-traffic scheme due to ‘chaos’ on roads 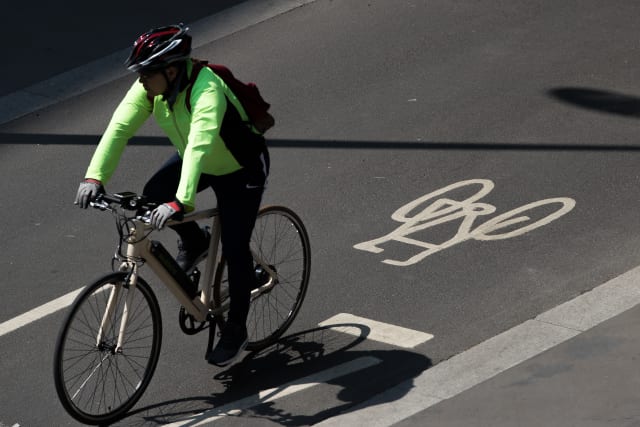 A traffic reduction scheme introduced in response to the coronavirus pandemic has been scrapped by a London council over concerns it caused “chaos” and “excessive amounts of pollution”.

Tory-led Wandsworth Council obtained funding from Transport for London (TfL) to launch trials of Low Traffic Neighbourhoods (LTNs) last month, but announced on Friday it has suspended the project.

A statement published on the Wandsworth Conservatives website claimed LTNs – which involve prohibiting motor vehicles from using certain roads – are “not wanted” and their “adverse effects” are now clear.

There were also concerns about access for emergency service vehicles.

They claimed the trials have been harmed by TfL’s changes to a major road through Tooting.

TfL, chaired by Labour’s Mayor of London Sadiq Khan, has implemented cycle lane segregation and banned turns at several junctions on the A24.

John Locker, the council’s cabinet member for strategic planning and transportation, said: “It is clear that the LTNs are not delivering the benefits we want to see.

“In fact it looks like the combination of changes in areas like Tooting, where TfL are making changes to the main high road, are unfortunately having the opposite effect.

“That is why we have taken the difficult decision to pause and rethink about how we can achieve our objective of delivering healthier, safer streets.”

Tanya Braun, head of policy and communications at charity Living Streets, told the PA news agency: “If access by emergency vehicles is being affected by the changes to the wider road network and returning levels of traffic then this does need to be addressed with urgency.

“However, we would ask the council not to abandon the idea of Low Traffic Neighbourhoods entirely. Instead they should look at how they can work alongside other measures to form part of the solution to reducing through-traffic whilst also ensuring that everyone can still reach their destination by vehicle if needed.”

TfL’s administration of investment in LTNs follows Government funding and policy to promote cycling and walking amid concerns that the coronavirus pandemic could led to an increase in road congestion.

AA president Edmund King has written to Transport Secretary Grant Shapps warning that many of the schemes which were introduced across the country without consultation are “regrettably adding to congestion and poorer air quality rather than improving them”.

He went on: “Unfortunately, the lack of consultation is leading to growing levels of dissatisfaction and frustration across many road users, including some emergency services.”

Mr King called on the Cabinet minister to consider reintroducing “some form of streamlined consultation” to ensure “councils spend the money wisely”.