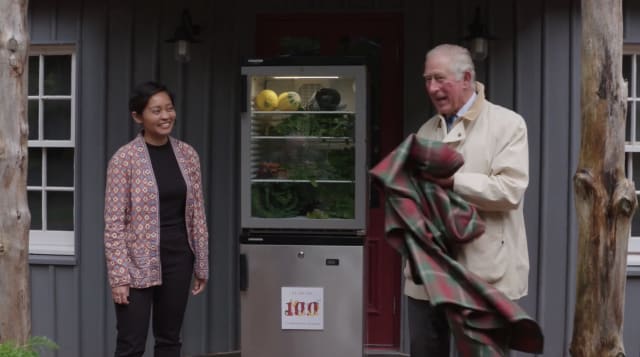 The Prince of Wales has opened a charity’s 100th community fridge aimed at redistributing surplus food.

The Community Fridge Network, which is run by environmental charity Hubbub, collects and shares food from businesses and individuals which would have otherwise been thrown away.

The charity’s 100th facility was officially opened at Dumfries House in East Ayrshire on Friday, with Charles on hand to do the honours.

Hubbub opened its first community fridge in 2016 and now has appliances across the UK to help redistribute 975 tonnes of food every year – the equivalent of 1.9 million meals, according to the charity.

The UK wastes £15 billion of food every year, according to the Waste and Resources Action Programme – around £540 per household.

Community fridges can be accessed by anyone, to either leave or take food, and – according to the charity – have been a “lifeline” to some hard-hit families during the Covid-19 pandemic.