Buckland under pressure over Brexit legislation 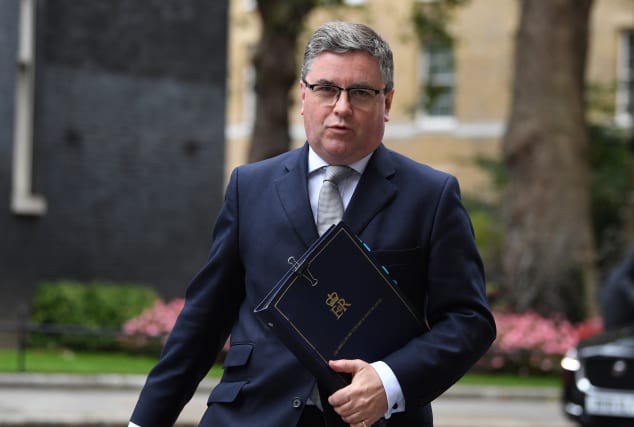 Justice Secretary Robert Buckland is coming under pressure to explain how the Government’s plans to override elements of the Brexit Withdrawal Agreement were consistent with the UK’s obligations under international law.

The Government has been facing mounting criticism after Northern Ireland Secretary Brandon Lewis admitted on Tuesday that provisions in the UK Internal Market Bill represented a “specific and limited” breach of international law.

In a letter to Mr Buckland, the House of Lords Constitution Committee said that he had a particular responsibility to ensure the UK met its international treaty obligations having taken an oath as Lord Chancellor to uphold the rule of law.

“We know how seriously you take your oath of office and responsibility to uphold the rule of law and when you appeared before the committee in July you spoke passionately on the subject,” the committee said.

“Therefore, we should be grateful for a statement from you on how you believe the UK Internal Market Bill complies with international law.”

A legal opinion circulated to MPs by the Attorney General Suella Braverman on Thursday argued that Parliament was sovereign in domestic law and was entitled to pass legislation which breached the UK’s treaty obligations.

However the committee said measures in the Bill to give ministers powers which deviated from provisions in an internationally binding treaty could lead to the whole Withdrawal Agreement “unravelling” with “far-reaching consequences”.

“Any breach of international law threatens to undermine confidence in future treaty commitments made by the UK Government, and increases the likelihood that the governments of other countries will breach their international law obligations,” it said.

“Those practical consequences are of great significance. The proposed course of action also appears to be in tension with the constitutional principle of the rule of law.”